Switching gears yet again, I'm working on getting the rest of my Tyranid army built (hopefully by the end of the year) in preparation to paint it next year.

Some of this stuff has been seen before (I wasn't nearly as productive this week as this picture would imply... well I was, but I can't post pictures of that stuff yet :{) but it was on my desk to clean up the bases so I just took one big picture. 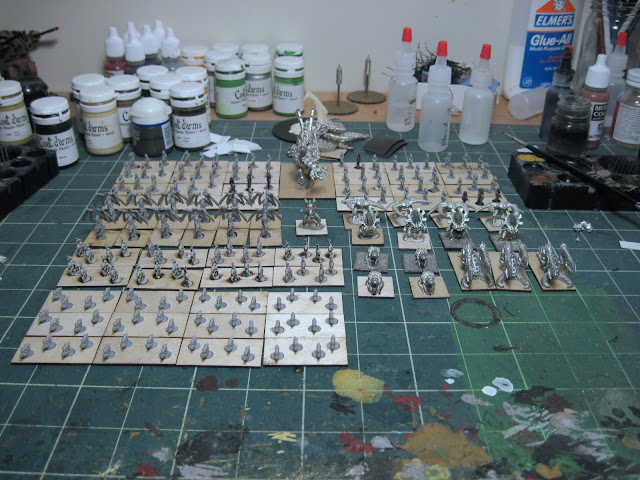 I'm hoping to have most of this based and primed by next week, along with twelve more stands of Hormagaunts. 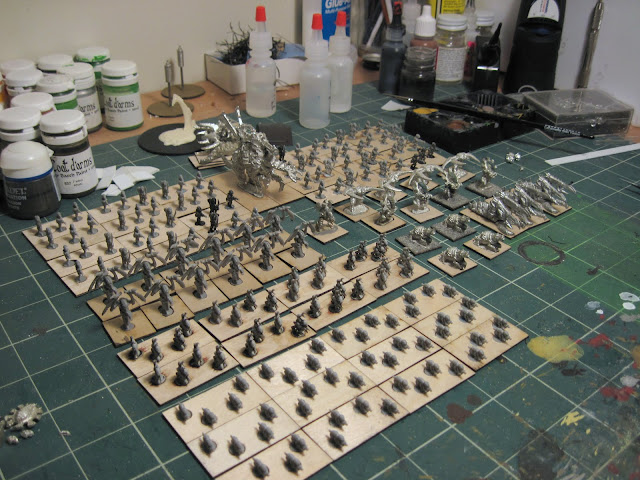 I've still got four more Carnifex, Zoanthropes and Biovores to get done, along with five more Harridans, Bio-titans and Hive Tyrants to convert.

Short of some protective coating and shrubbery they're done. Let us never speak of them again. 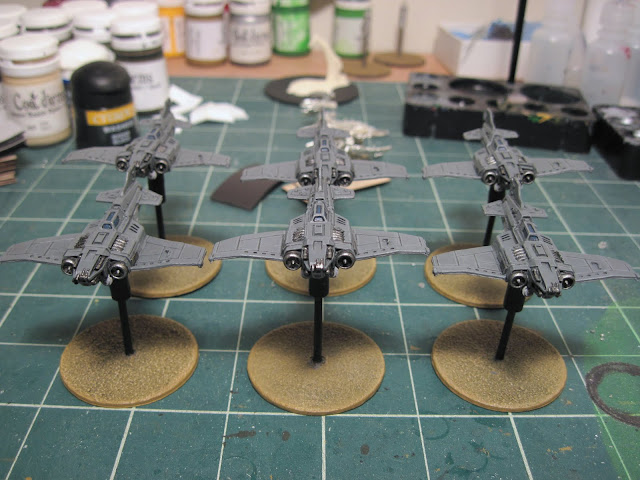 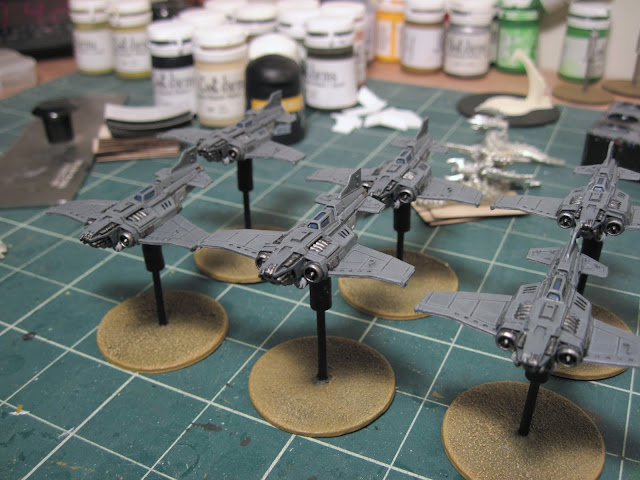 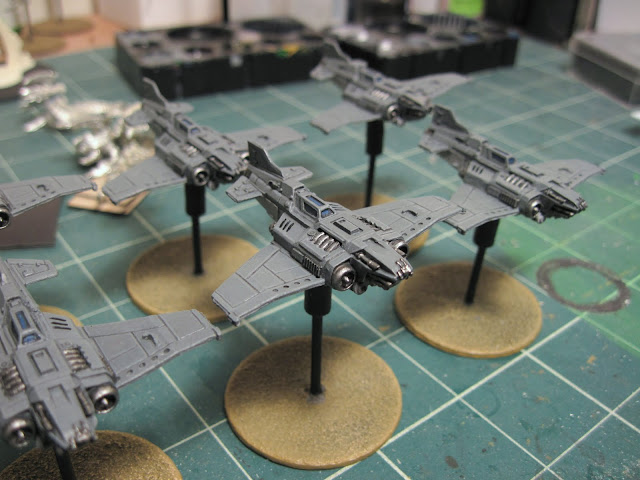 I meant to get pictures of the progress up last Friday but got distracted by the tournament. Anyway, here we go, six nearly done Thunderbolts... All that's left is the bases and highlights on five of them. 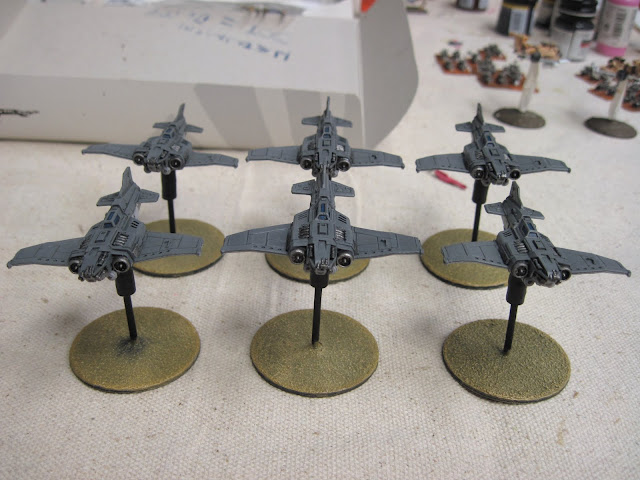 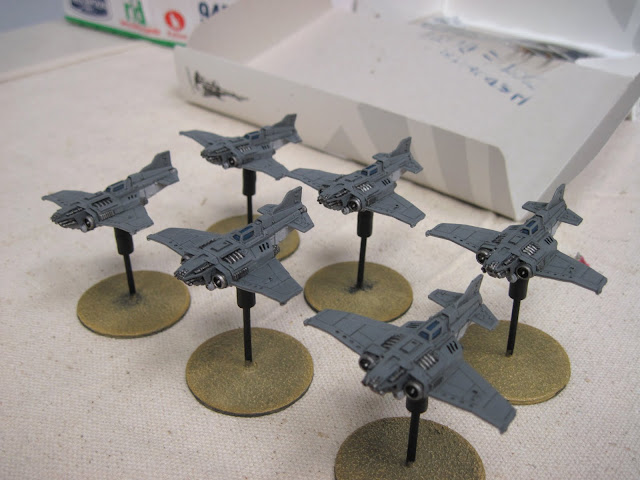 Here's a pic of their bellies. 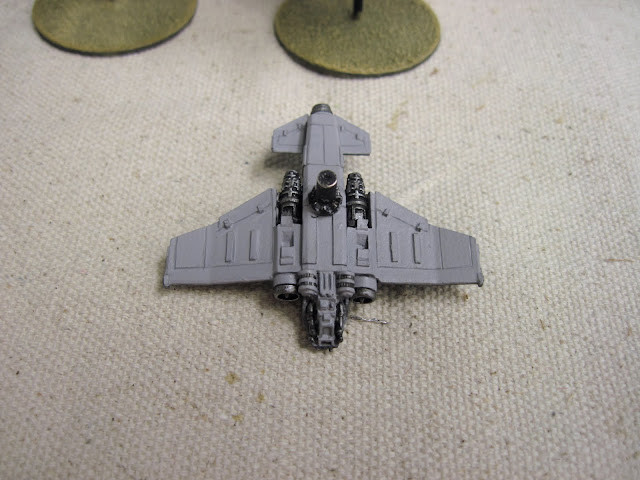 In other news, it looks like Mongoose Publishing is picking up the Noble Armada line of miniatures and they will be re-released in 2011. So for people that liked the designs they should be available again soon.