I forgot to post these last week so here they are now, Dexter and Alvin from the Ticket to Ride expansion. I've taken to calling them Reptar and Sir Probes-A-Lot however, hopefully for reasons that don't need to be elucidated. 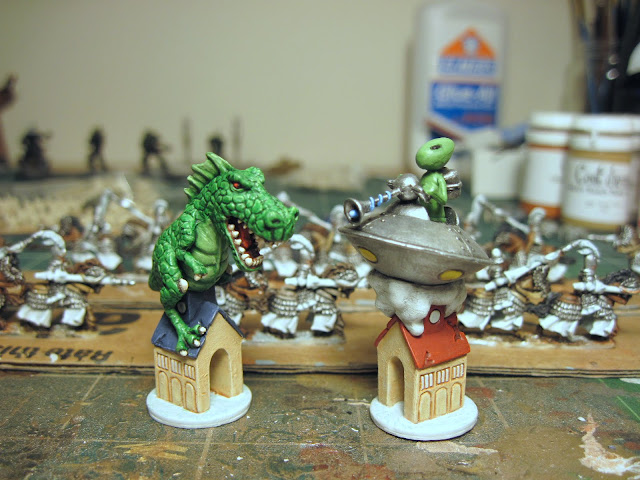 Dexter is definitely my favorite out of the two, he had a lot of detail on him that came out pretty good all painted up. 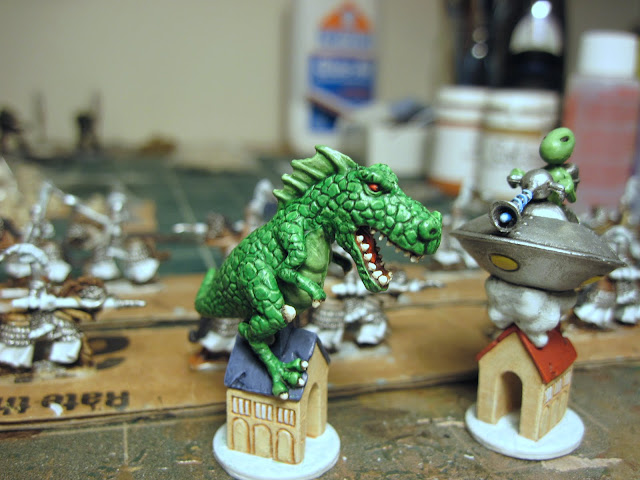 Alvin had some decent detail on the saucer and gun but he himself was pretty smooth. 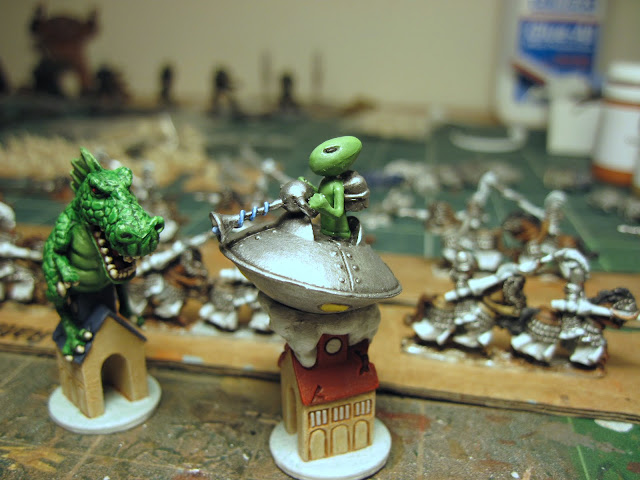 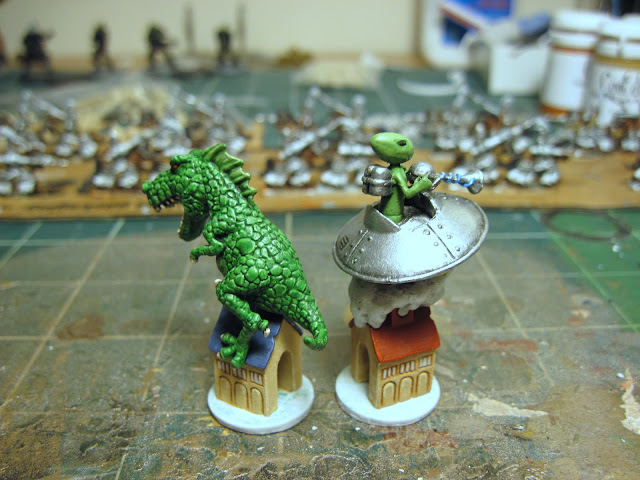 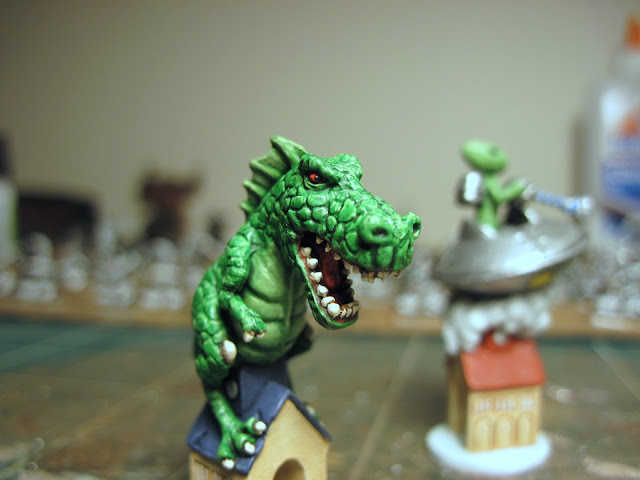 The white was all done on the Silver Helms until I took this picture, then I noticed they have some cloth around the base of their tails like the chariot horses do, that's going to have to be white too. 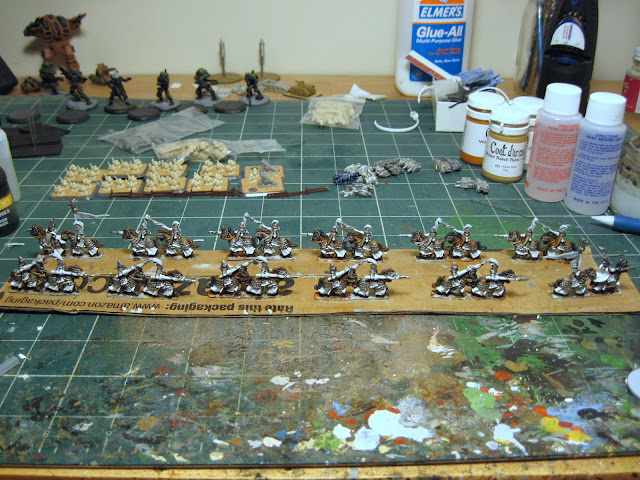 I should be able to take care of that next week and start in on the red. I'm still not sure what my second decal is going to be for these guys though. 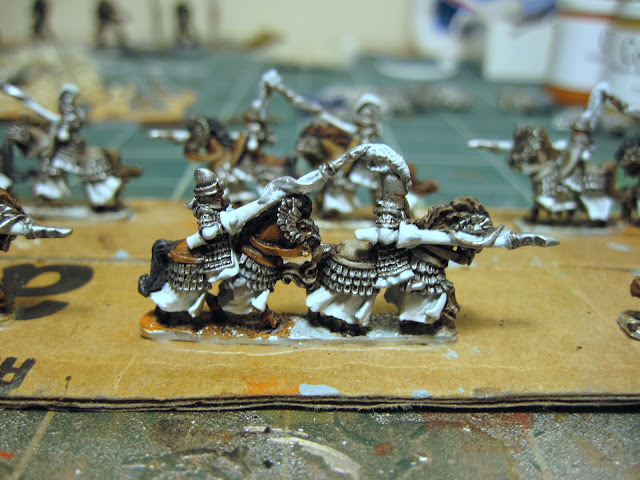 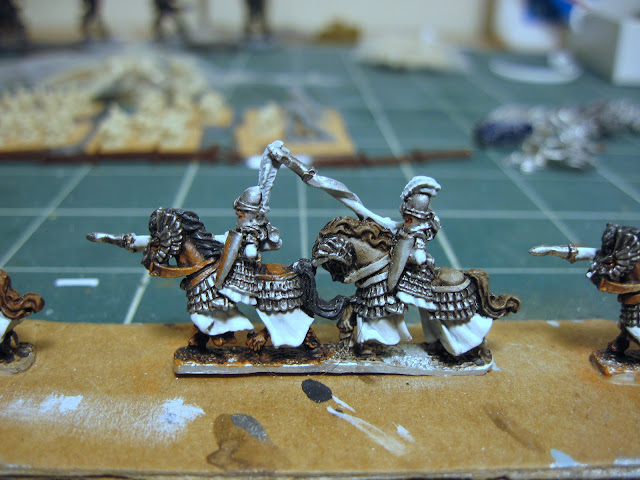 I also did a little bit of work on the command, they're still lagging behind the rest though. 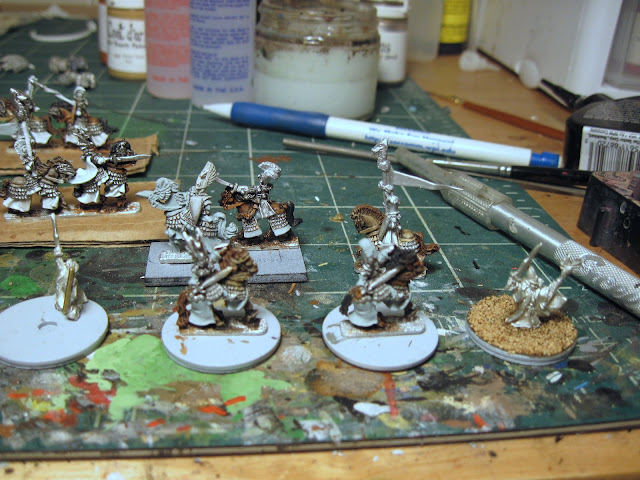 Only the Silver Helms got attention this week (the Reavers might have to wait as I'm planning on working on some terrain for HAVOC as well). I finished up their manes and started in on the silver touch-up and wash. 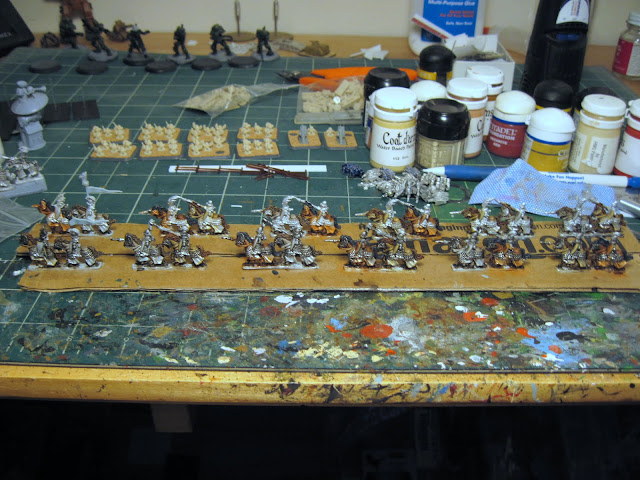 I'm planning on working on the other strip tonight (and going back an hitting the feet that I forgot on the first) and then carefully drybrushing them silver one more time for a highlight. Then we move on to the white. 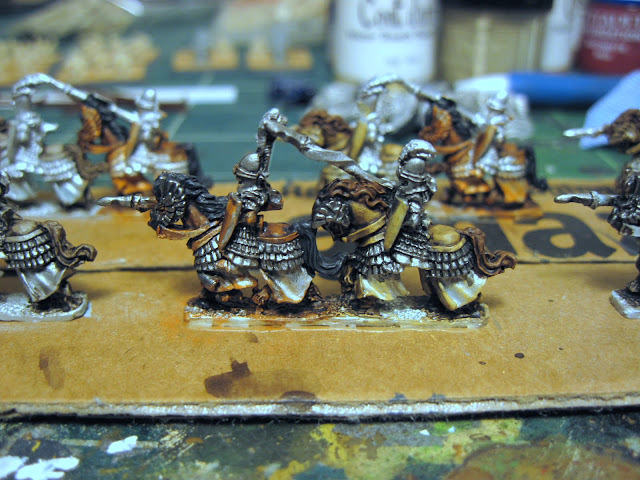 I finished up the putty work on my commander too. You can't tell from the picture but he now has eyes and the eagle on his helmet looks more like a dragon now. You'll just have to trust me :P. Since they're pretty much Silver Helms I'm going to be playing catch up with these guys so I can finish them up at the same time. The banner bearer was drying silver while this picture was taken. 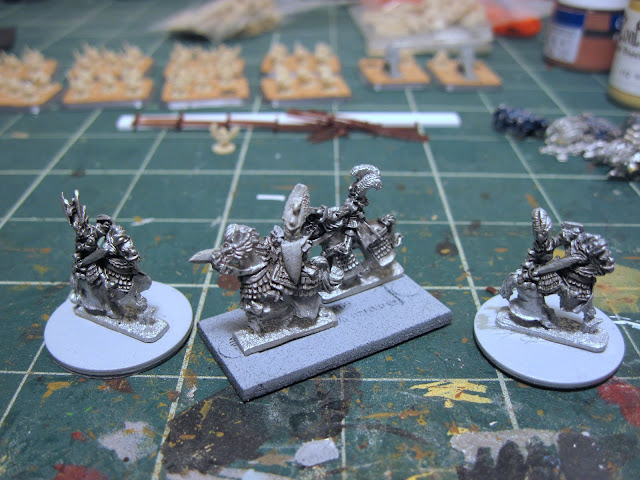 Finally, a quick tangent. The lady likes Ticket to Ride so this is going to be a surprise for Valentine's Day. Romantic, no? He (Dexter) and the Alien (Alvin) might get little bows on their heads to girly them up if I can find something that'll work. 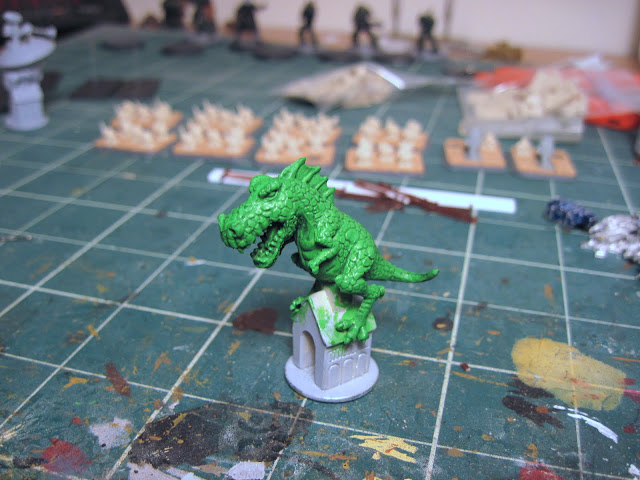 The Silver Helms and Reavers are progressing. I started on the horse flesh this week, and have moved on to the manes/tails. Next week I'll be washing them and starting on the armor/cloth hopefully. 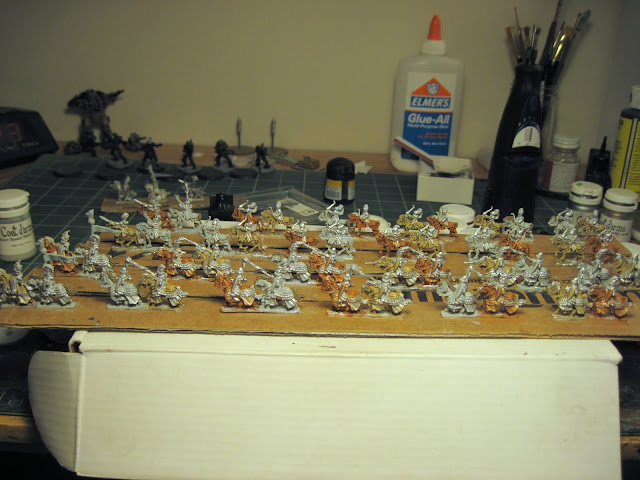 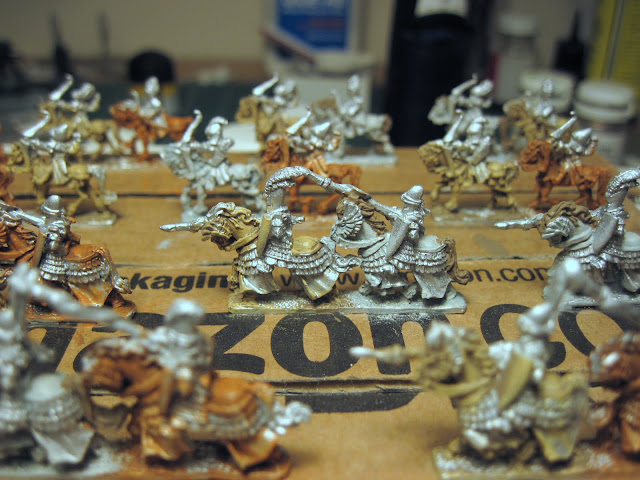