And back to the High Elves! The white is nearly done on the final batch of spears. After that I need to do a bit of repair work (my paints got dropped on a strip and broke 10-15 of the spears) but hopefully I'll be able to finish up the flesh and move on to the leather/wood next week. 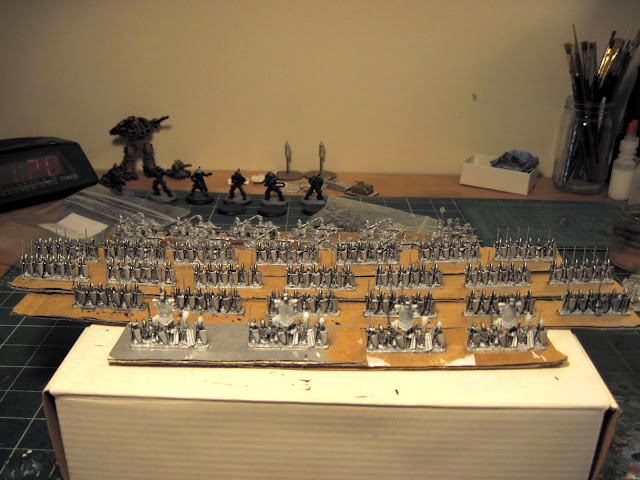 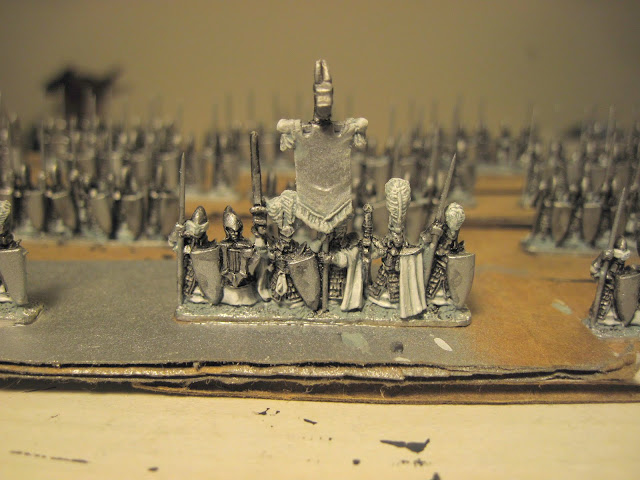 Here's the standard bearer for my general. I used the dragon head from one of the spearmen command strips for the top of the pole. I need to do some putty work on the sides though where I cut it free. The pennant is from the Dark Eldar Raider banner, they work pretty well I think. 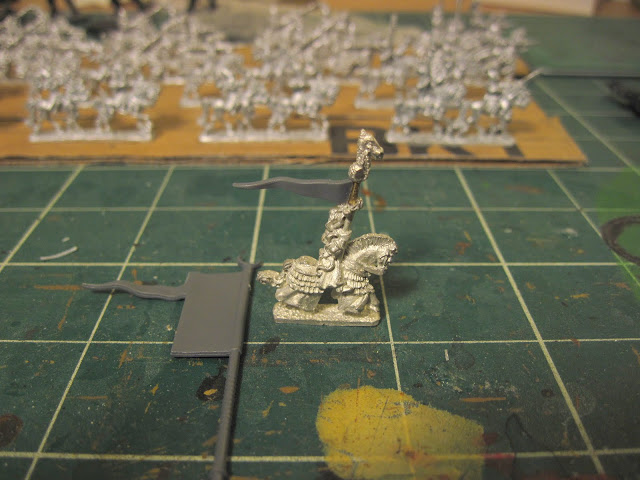 Finally, here's an alternate Wizard I'm working on. I didn't like him on the column of air/shooting the fire so those got chopped off, plus I added some weapon swaps. He needs a lot of putty work to cover everything up. 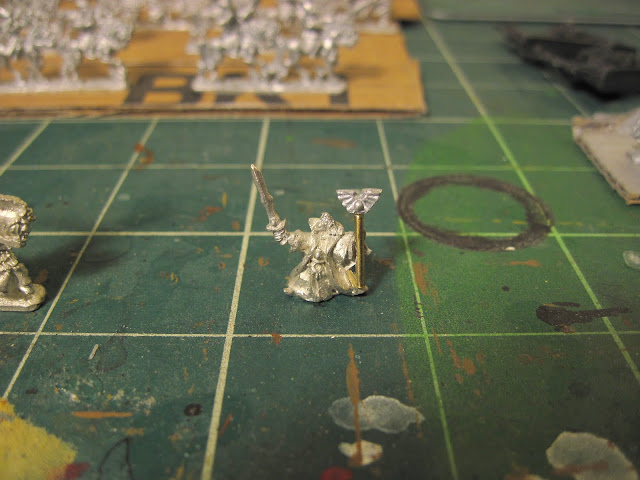 All done with these guys, time for some glamor shots. 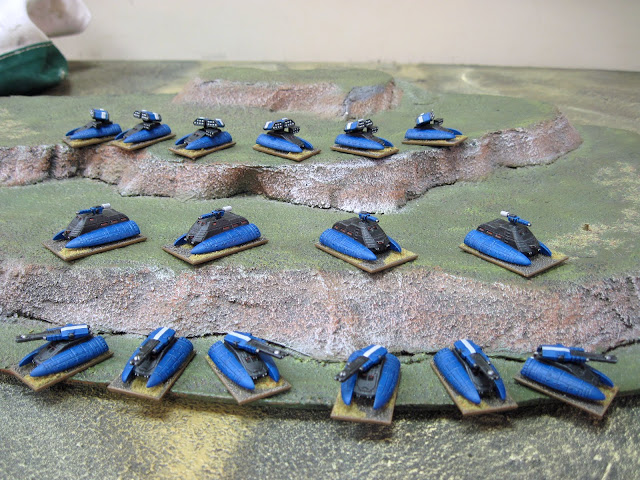 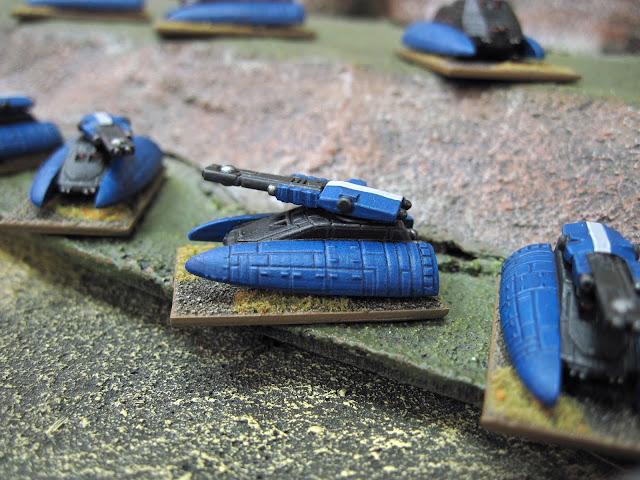 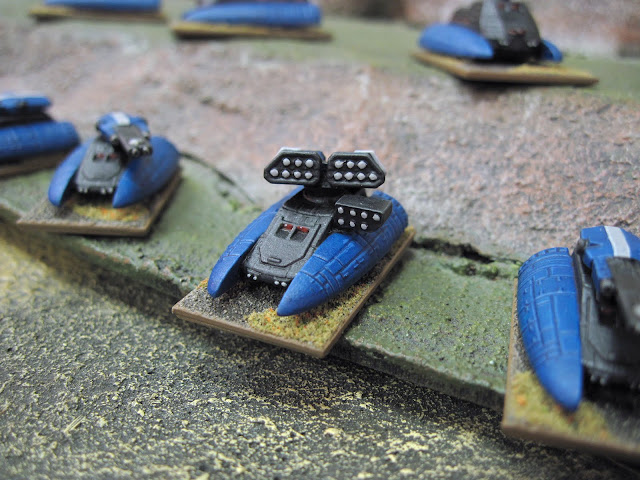 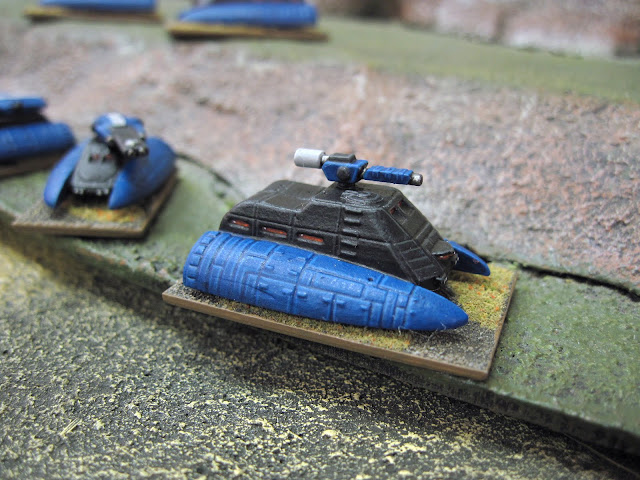 These Obliterators were the other things I was working on in secret, as they're a gift for my buddy Chris. 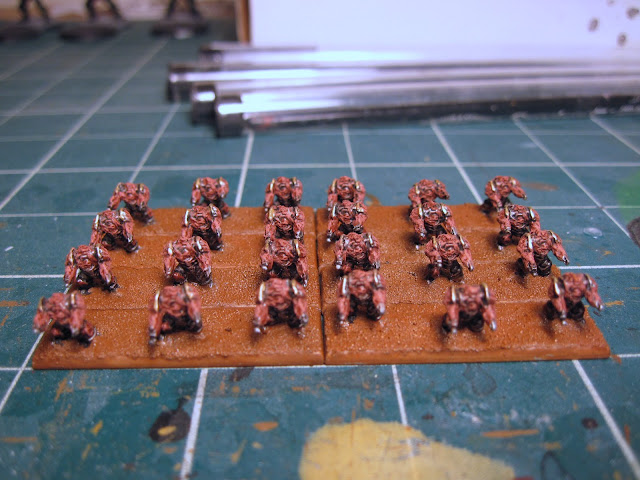 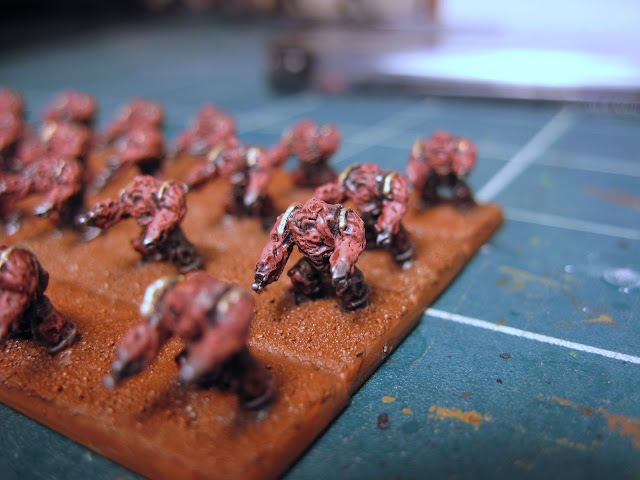 Now that EpiComp and the gifts are done it's time to head back to the High Elves!

I meant to post these up Monday but for forgot my card reader at home one day, and the card the other. Anyway I made some progress on these since then. The missile tanks are done, just need to finish up the regular tanks. 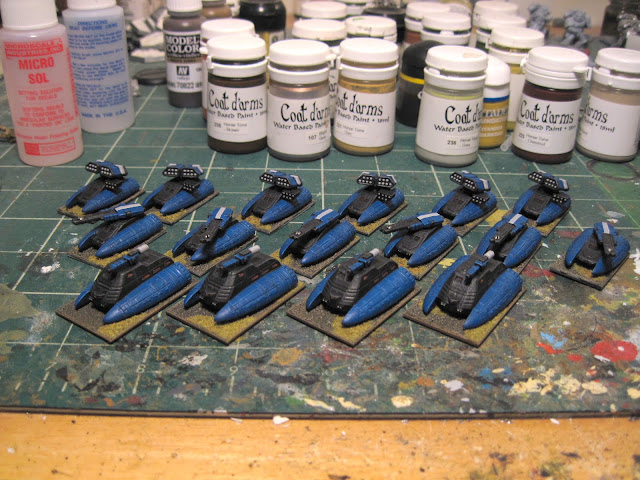 Here's a few closeups of the APCs. I'm happy enough with them considering how quick I painted them up. 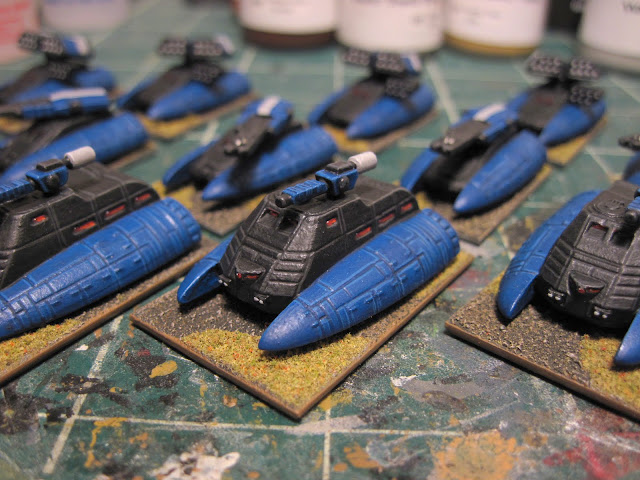 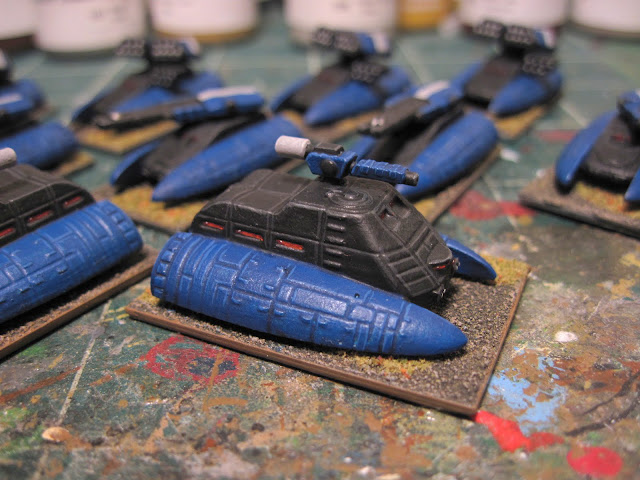 Finally, here's my last entry in the EpiComp, sixteen stands of Baccus' sci-fi human infantry. The body armor/suit is done now, just need to pick out the details and do the base. 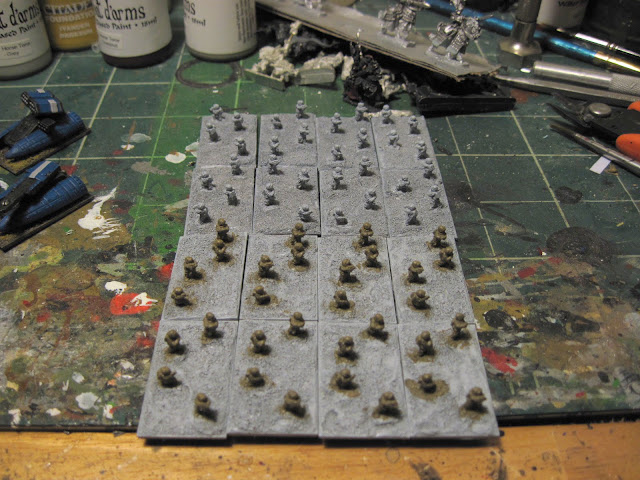