NEWS FLASH: We have received reports that a group identifying itself as the Penguins' Front of Antarctica (PFA) has seized control of the North Pole as of late last night. A group of some 30 Penguins have taken Santa's fully loaded sleigh, and elf hostages, and holding them at ransom. 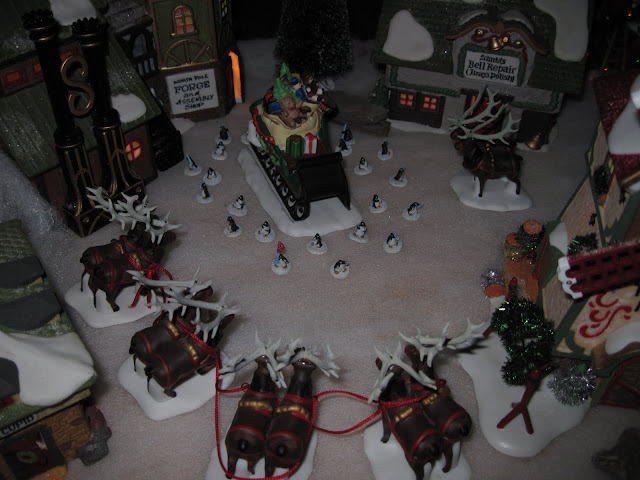 Details are sketchy at this point but the group's demands have been made public. They have demanded that thirty million pounds of mackerel be delivered in non-consecutive unmarked fish to the South Pole by the start of the new year or "the fat man gets it".

There is no word at this point on whether anyone has been hurt but a handful of elves are being held at snowball-point. Whether or not the PFA has Santa or one of his body doubles hostage is also unclear. 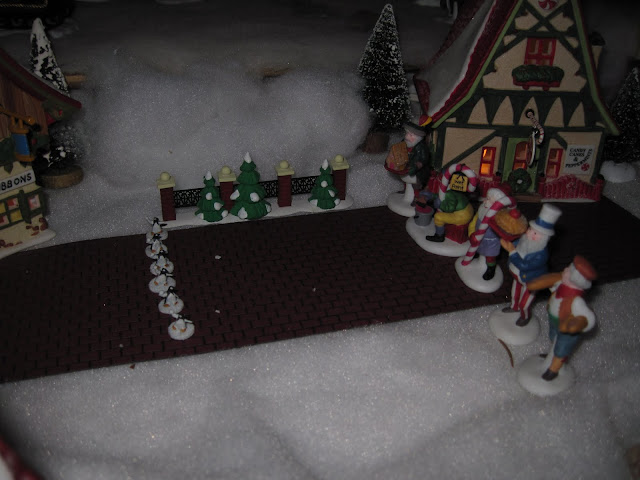 An rail cart rescue attempt earlier in the evening has met with failure however as the PFA had iced over the Polar Express tracks in anticipation of the rescue attempt. 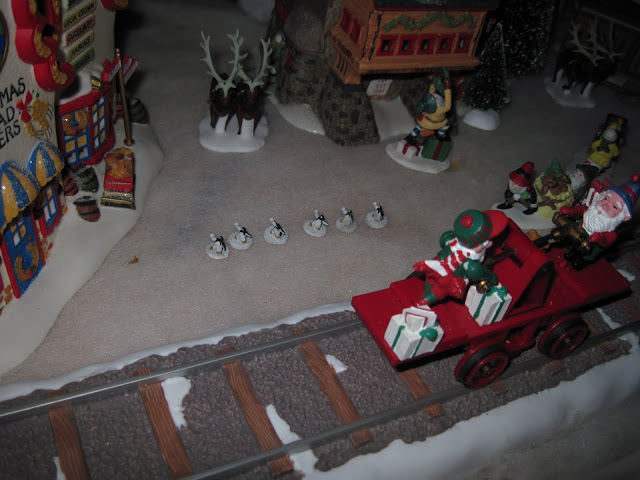 It is unclear at this point of the relation between the PFA and the Antarctican Penguins' Front (APF) which was responsible for the polar bear cave bombs this past Novemeber. We will continue to keep you updated as the situation develops.

Well, the penguins are nearly done. All that's left is to base them and their snow balls with snow flock. After that a quick coat of varnish and they're ready to assault some elves. 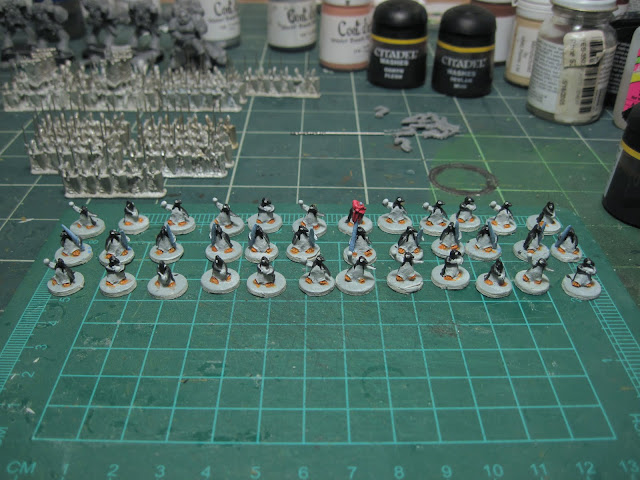 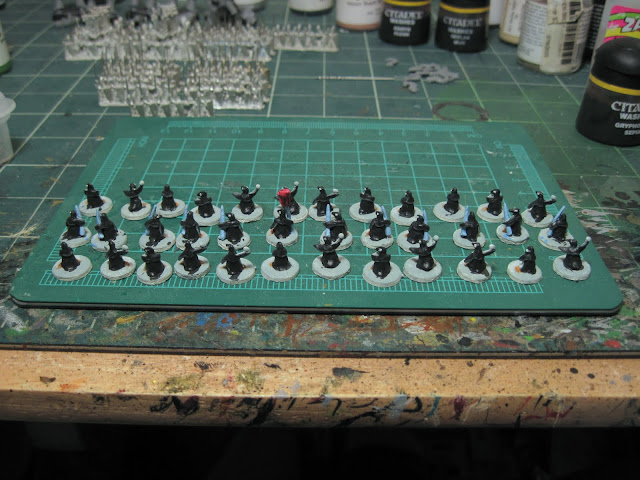 Special thanks to Craig for the Squid Red and Penguin Foot Orange colors... 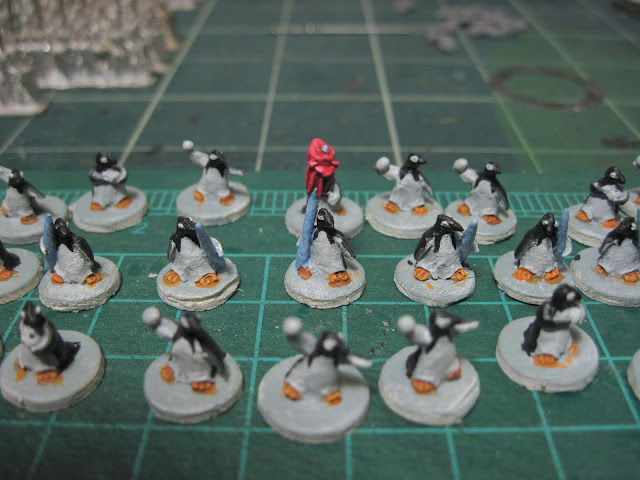 Work on the High Elves for January's tourney is going well too. I've given a third of the spearmen new spears using sewing pins. 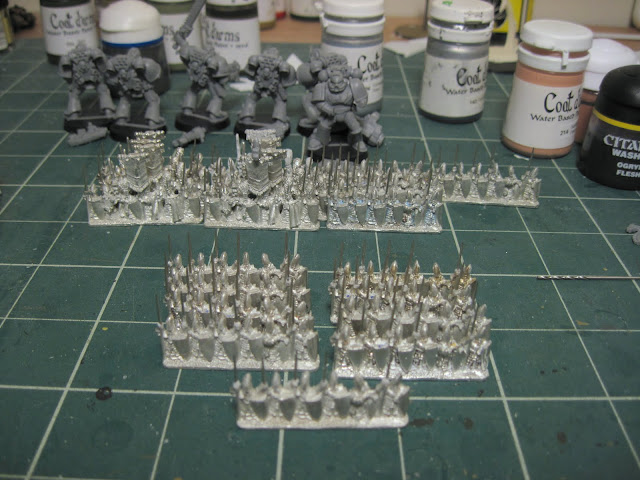 And my banner bearers have some Warhammer Dragon bits on them now too. 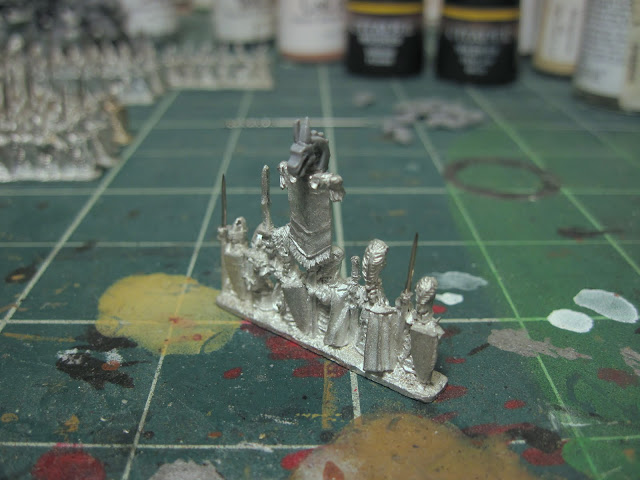 Warning: If you like any of the following you may be offended by the proceeding pictures and text. You have been warned.

So... this gag gift needs some background I guess. I have this friend named Chris. Chris hates Blood Bowl. In fact, most of our gaming group agrees that Blood Bowl is stupid. With that being the case I decided that a Blood Bowl themed gift would really be in the "spirit" of the season. But, I couldn't just get him a Blood Bowl team. He's already got all these Epic miniatures that would be utterly useless for it. The solution? Epic-scaled Blood Bowl! 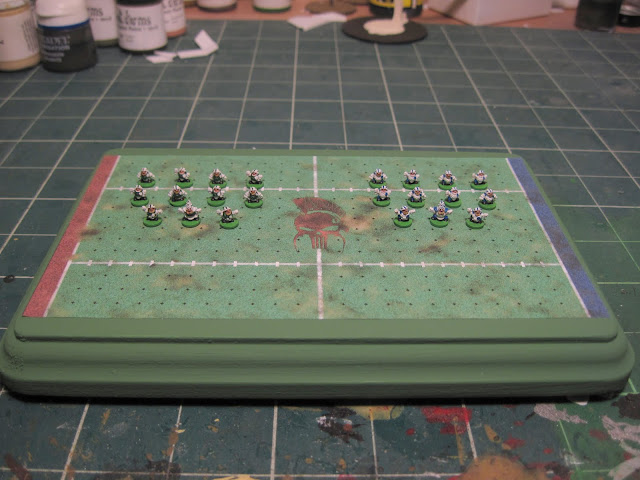 Now, my friend Chris, he also hates Squats (see the pattern here?). So, it goes without saying that the two teams for his Epic-scaled Blood Bowl field would have to be Squats. But, what colors to paint them? I was at a loss until Matt (Chris and my mutual friend) mentioned that Chris, being a Patriots fan, hates the NY Jets and the Indianapolis Colts just about as much as he hates Squats and Blood Bowl.

So, of course I painted him a Squat team in the colors of the NY Jets... 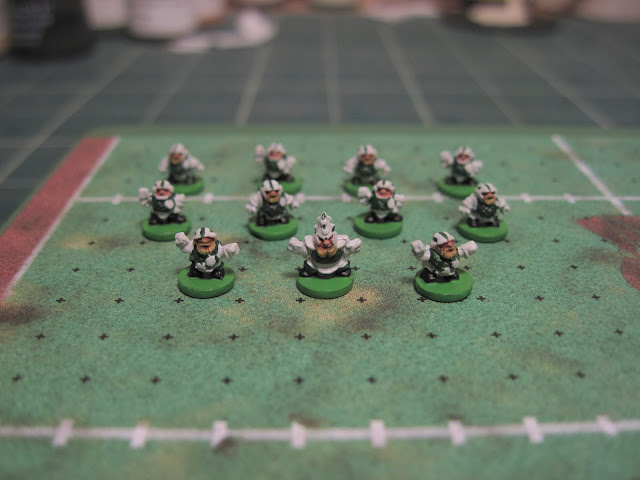 And the Indianapolis Colts... 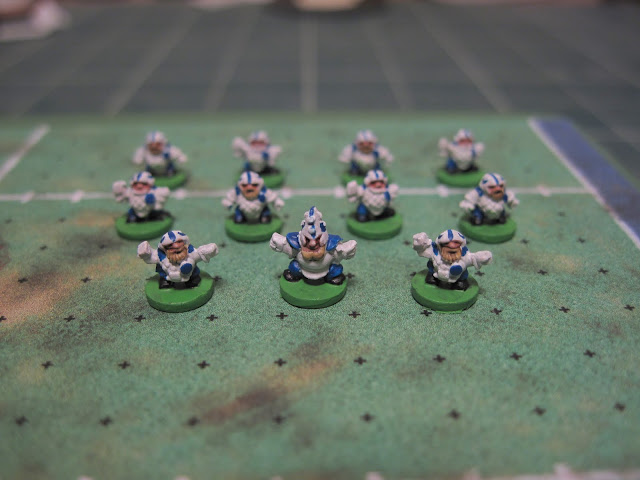 Now granted, I'm a jackass (if you didn't know that already perhaps this post will have enlightened you to this fact) but I'm not so big of a jackass that this "gift of gifts" would be my only present to my buddy. So, begrudgingly, I also painted him up some "Spikey Bikes" in the colors of his Iron Warriors army. 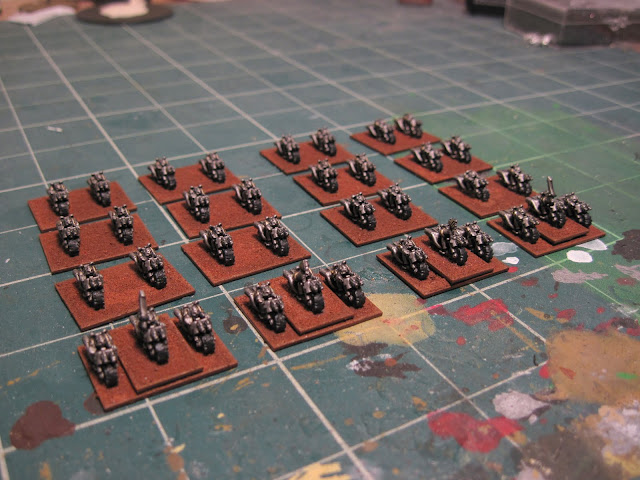 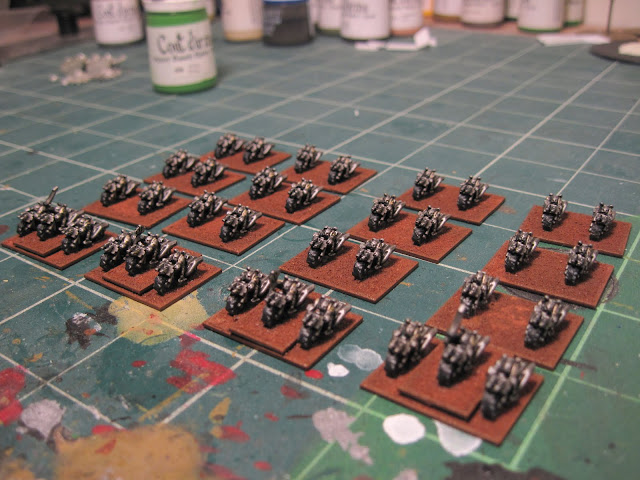 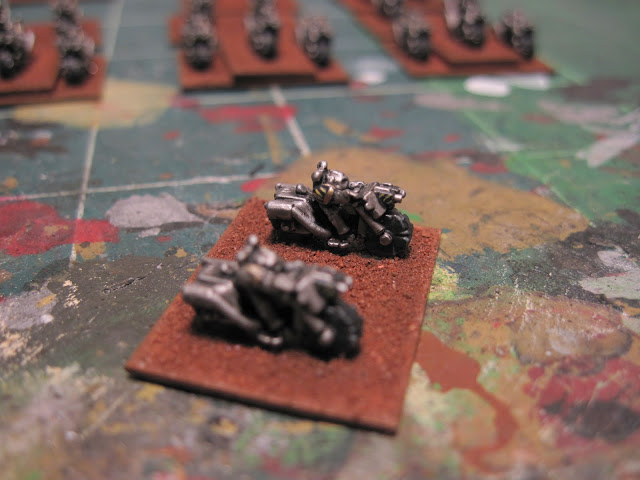 The presentation of the gifts ended up being this past Saturday, and let me say that Chris was speechless... Mere words just could not express his feelings... :P

In other news, I've continued on with my other gag gift for the season: the penguins. Their bellies are done. I'll be painting their tuxes tonight. 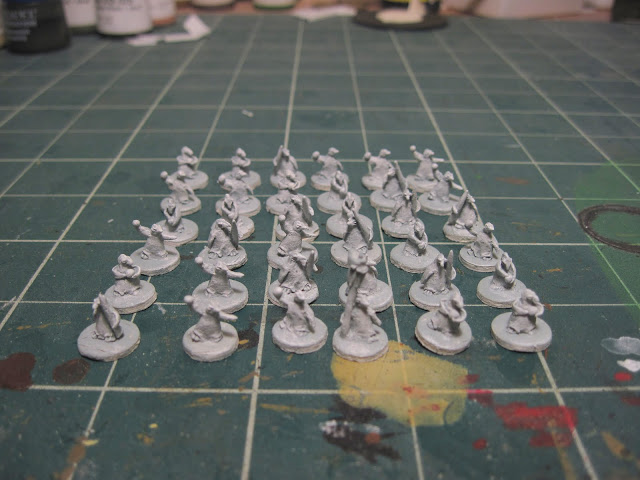 So I can't post pics yet on what I've been working on these past couple of weeks, so in the mean time here's something I've been wanting to do for awhile, army pics!

All told, this is 10,150 points of Marines which I painted over the past two years (my first Battle Company was an Epicomp 2008 entry). I would have liked to finish them this year but it just wasn't in the cards (in case you're wondering I still want to do 3 THawks, a Reaver and Marauders, along with some rare tank variants "just cause"). So, rather than wait until I paint the tardy 1.5k, I'm cunningly going to distract you with these pics. 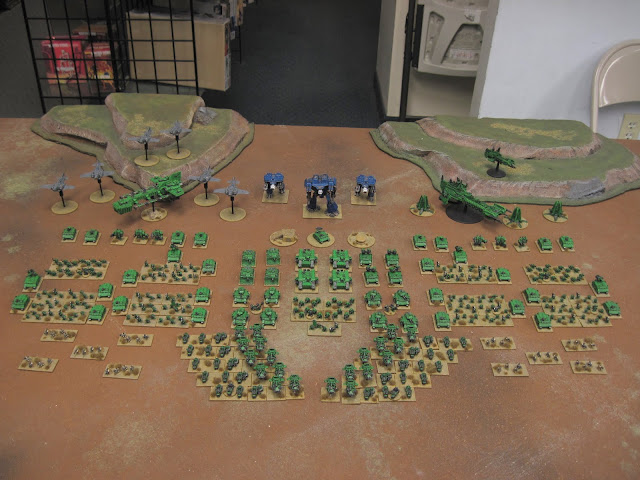 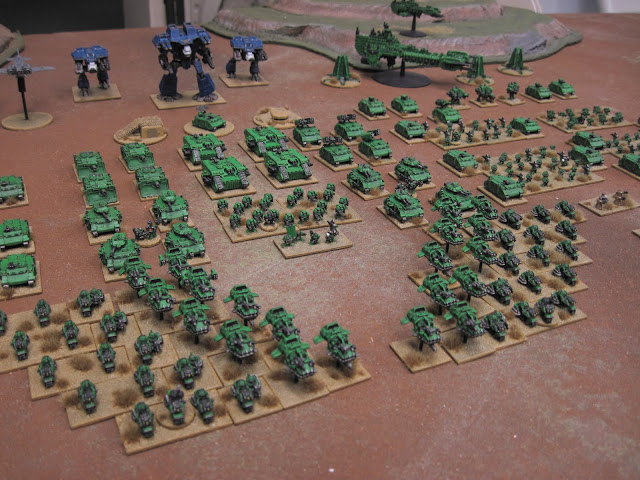 The first Battle Company and scouts. 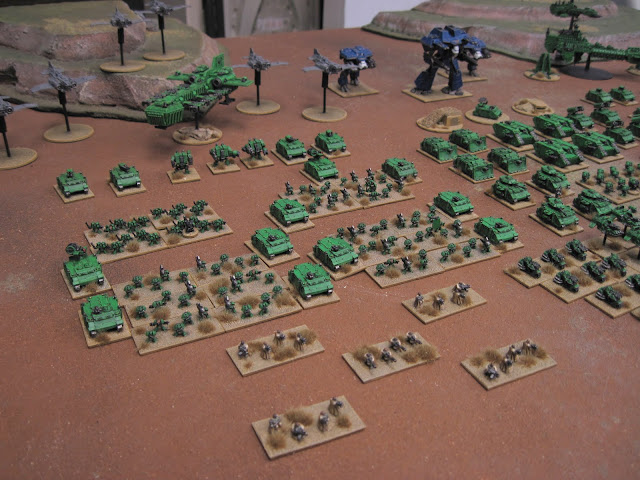 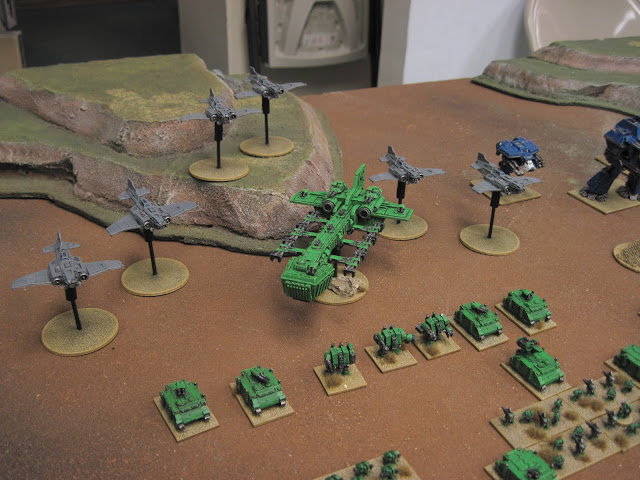 The second Battle Company and scouts. 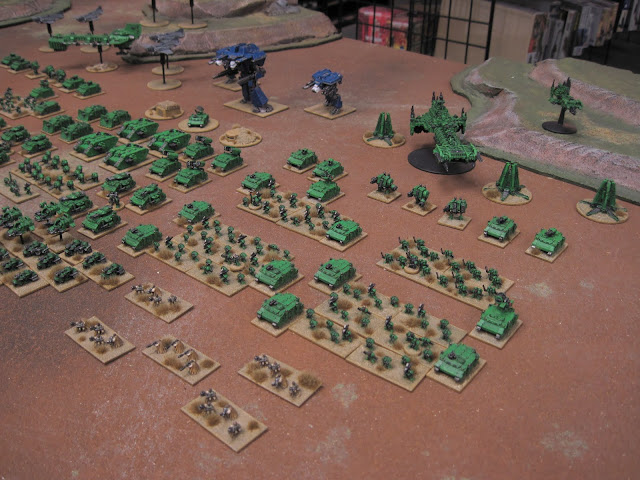 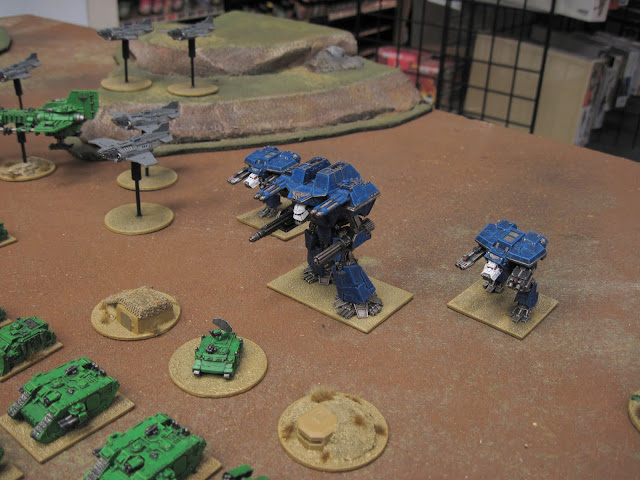 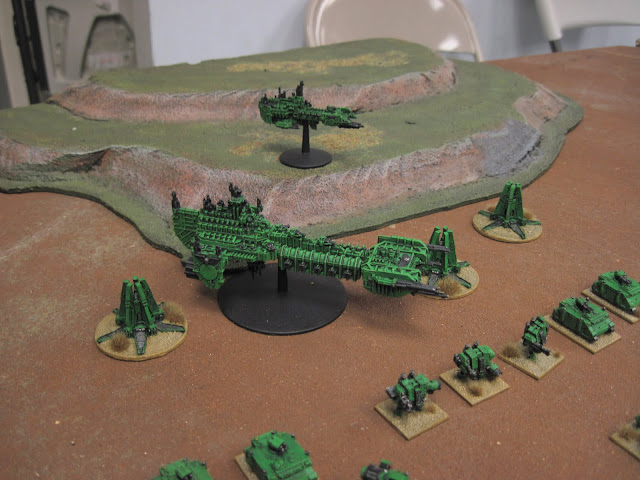 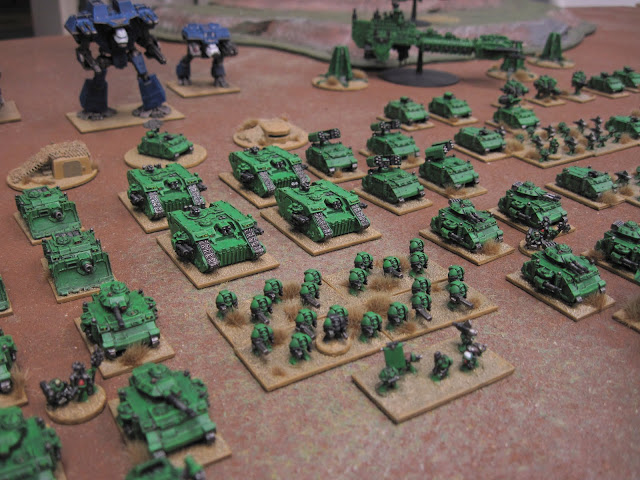 Turkey day played a bit of havoc on my schedule but here's what I managed to get done last week.

Most of the bug reinforcements have been been based and primed. Behold them in all there primered splendor. 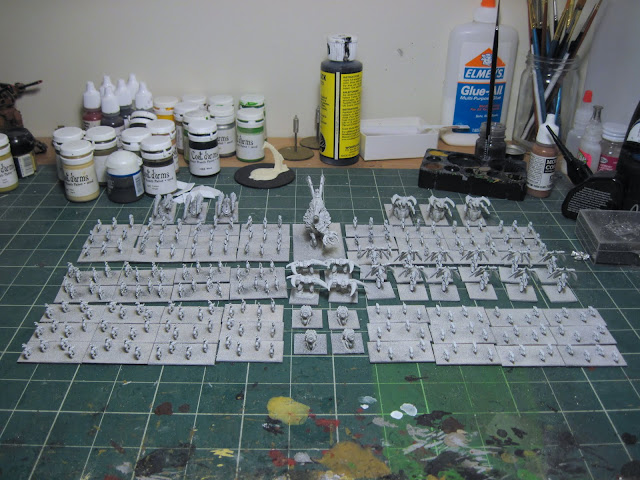 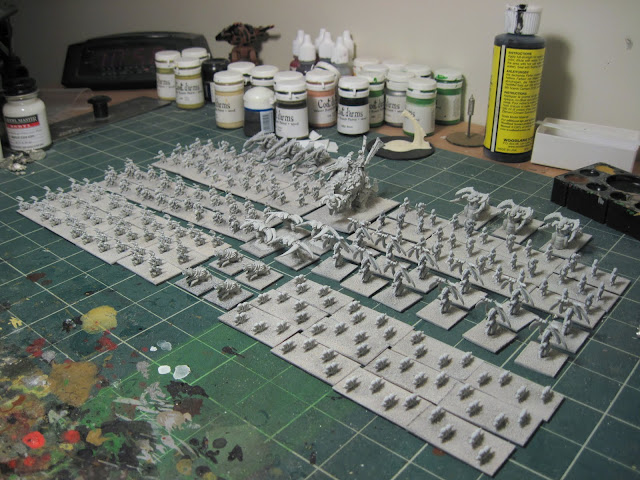 I saw these trees at Home Depot over the week. 21 trees in total for $6. From left to right you get thirteen, four, two and two. I ended up picking up three packs in hopes of doing a snow setup for NEAT IV. 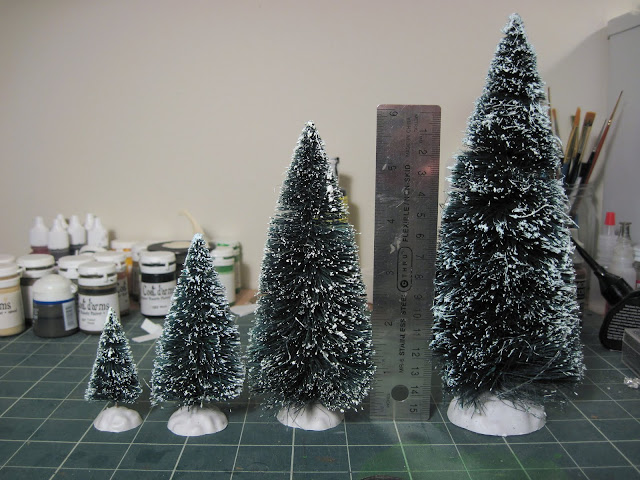 Harriot the Harridan also go her base done and a coat of primer. I also started working on her five sisters. 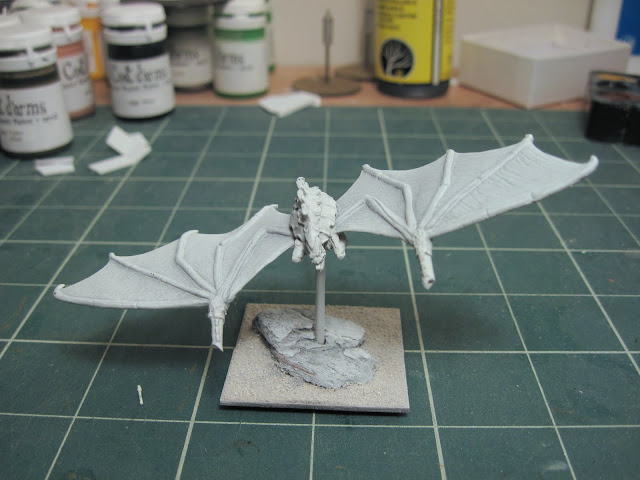 Finally, these little guys are for a gag gift. They're about 8mm tall. They'd make good LatD mutant proxies. :P 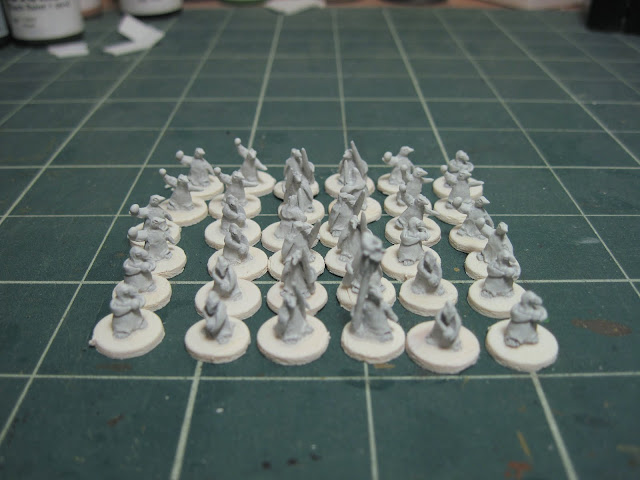