The Ork building and priming continues this week. First up are my prepped Storm Boyz, complete with many careening, flying Orks. 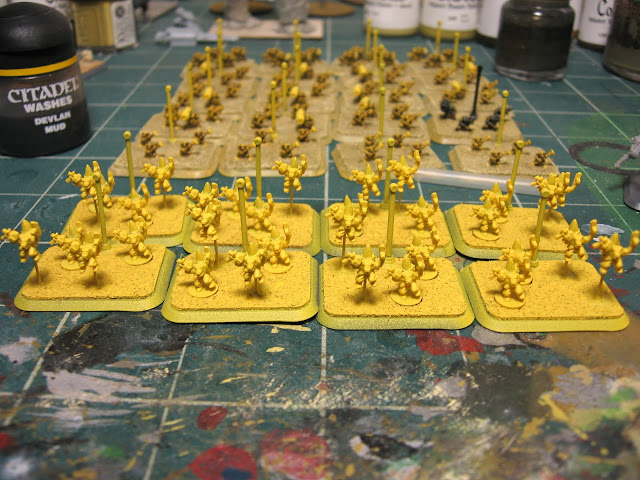 Here's a close-up. I drilled a bit into the rocket pack and glued them to the tips of the wires. 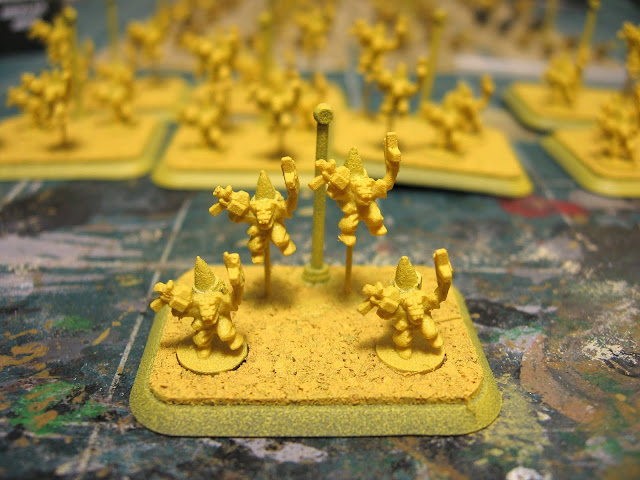 Also, here's some yellowafied Big Gunz. All I have left for infantry now are my Kommandos. 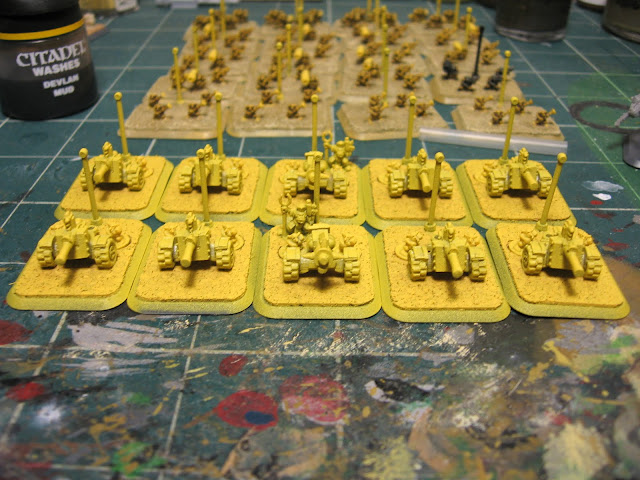 Here's what I worked up for the Stompas big gun arm. It's the lower part from its chainsaw arm and a cannon from the dual cannon turret from the E40k battlewagon sprue. 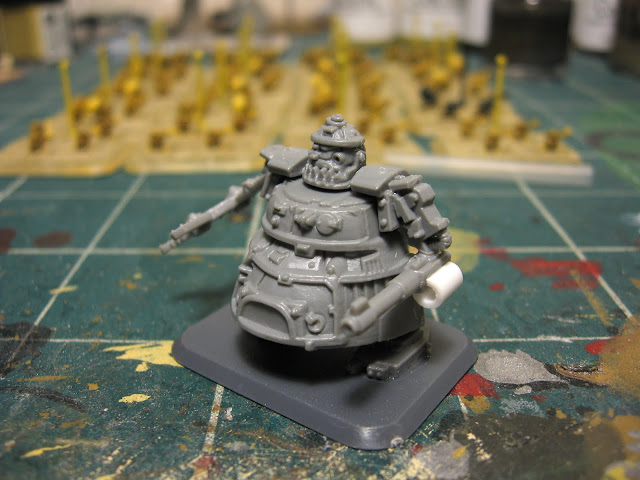 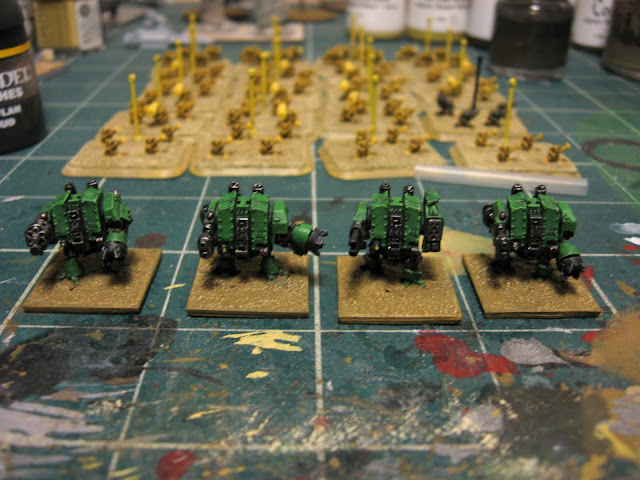 Another late update as I got to do some work Friday night but didn't have any internets over the weekend. Here's a start on my Storm Boyz. They're SM/TL Madboyz with a Battletech Salamander battlesuit SRM glued onto their backs. 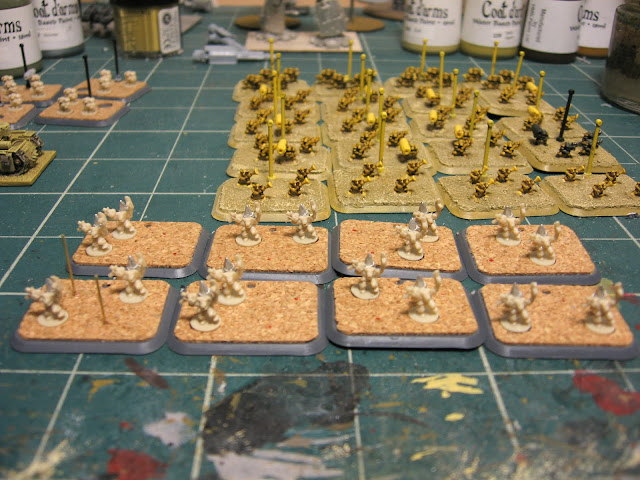 I'm planning to have half of them in the air, hence the brass wire. Here's a closeup of the rockets. 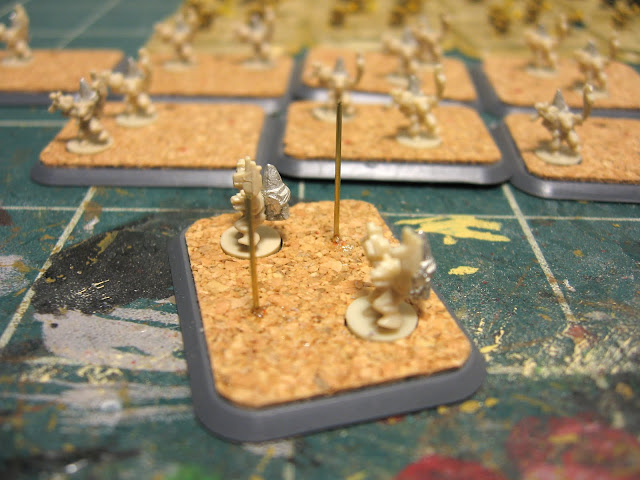 Here's my Big Guns, along with Zzap Oddboy Upgrades. For Lobbas I'm planning on using Griffon mortars and for the Soopa Gun Oddboyz maybe the guns I took off of my Stompas. 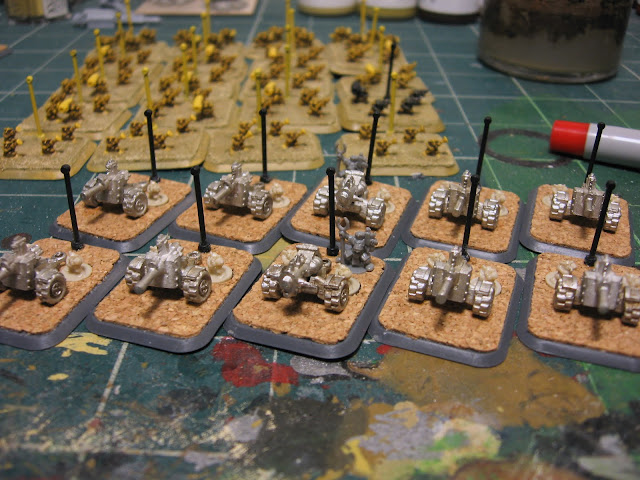 Here's a pic of my finished Lander base. It made its debut this weekend and was promptly crited before it got to off load. Unfortunately I didn't read the crit section and so the Artillery company it landed in didn't take any hits from its destruction :P. 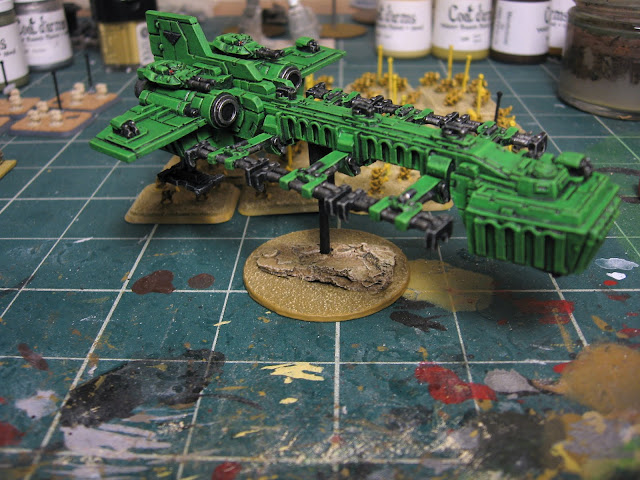 And here's my Chaplains. I finished repainting the guys on the bikes too, just forgot to grab them for the picture. Looking at them now I'm thinking they need some skull helmets. 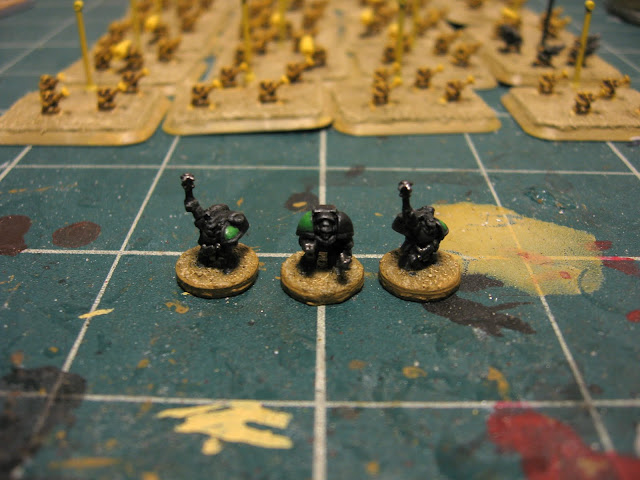 I meant to take photos last week over the weekend but never got the chance. Anyway, there wasn't a whole lot of progress so you weren't missing much. Here's what I've been working on lately though.

My last 4 Dreadnoughts, 2 more of the standards plus 2 Multi-Melta versions (FF5+ with MW maybe?). I've got to highlight the black and then do the metal and bases so these guys might be finished next week. 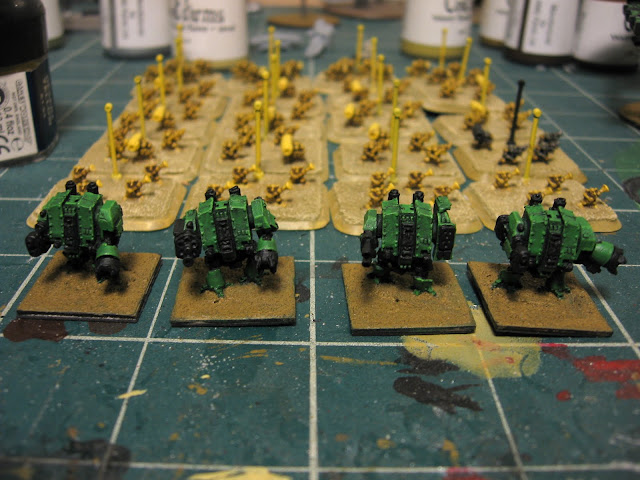 This was going to be the last of my characters but I want to do two Librarians as well now. They need the same work the Dreads need so should be done next week too. I've also decided to re-paint my Chaplains on bikes and give them black armor so they're getting touched up now too. 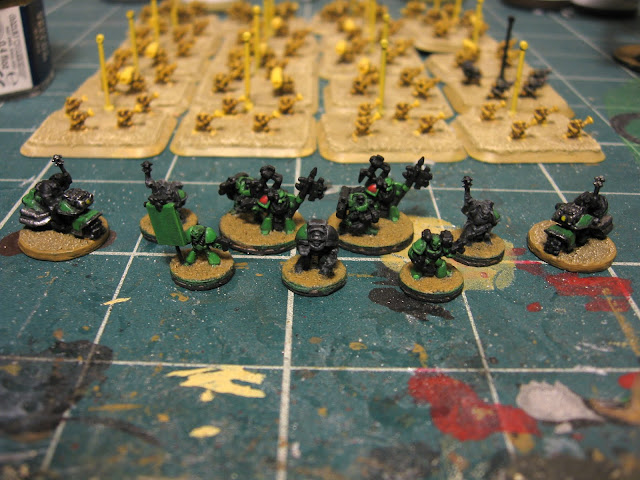 Here's some various Ork conversions I'm working on. The Supa-Zzap gun is from the SM/TL Ork sprue, and the Stompa pinchy arms and Lobba turret from the E40k Ork wagon sprue. I need to figure out what I'm going to do for the Stompa big gun arm. 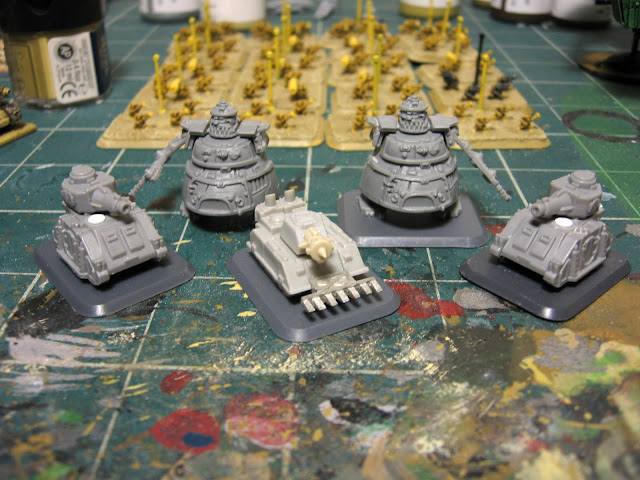 And finally, a side project. I believe these are called Ragnarusses. What do you guys think of the paint scheme? 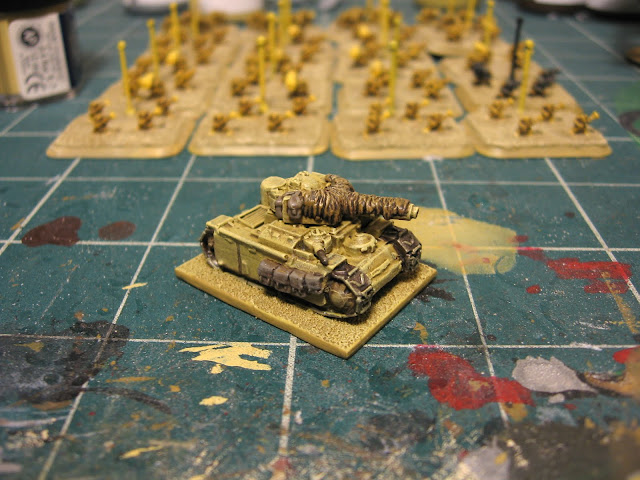