I think I lost one of the last two weeks, either that or I wasn't very productive. I've been filing and cutting away to convert the last of my Russes. Getting the sponsons off the hull is an utter pain so I think they'll be coming down to the maker space with me to have a meeting with the bandsaw and belt sander.

The Executioner turrets are done, I used an old 40k 2e Chaos Plasma Pistol for the gun. It fits pretty good for the era, I think. 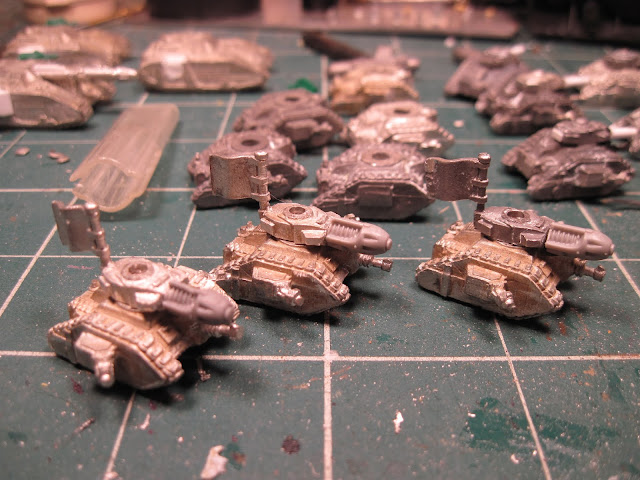 The Conquerors turrets are two bits of plasticard and the Stormbolter taken off of the plastic Colossus Robot from the Imperial Guard sprue. Two of the tanks have the plates I'm using to cover the sponson locations, just more plasticard. 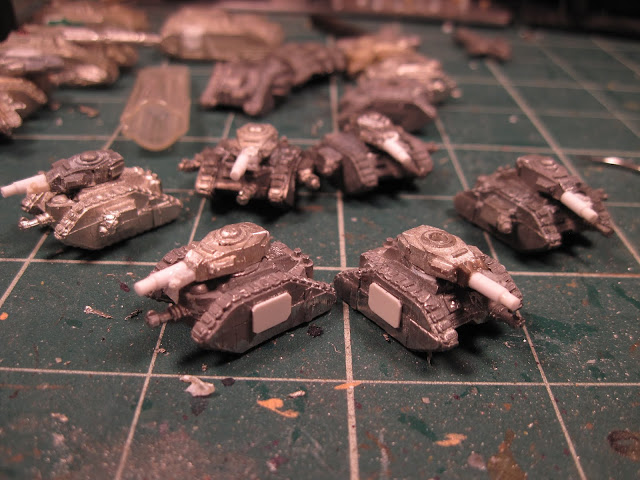 I've been building up some reinforcements for the Imperial Guard Armored Company this past week. I got a bunch of the low hanging fruit (no conversions) as well as a few of the simple conversions built. 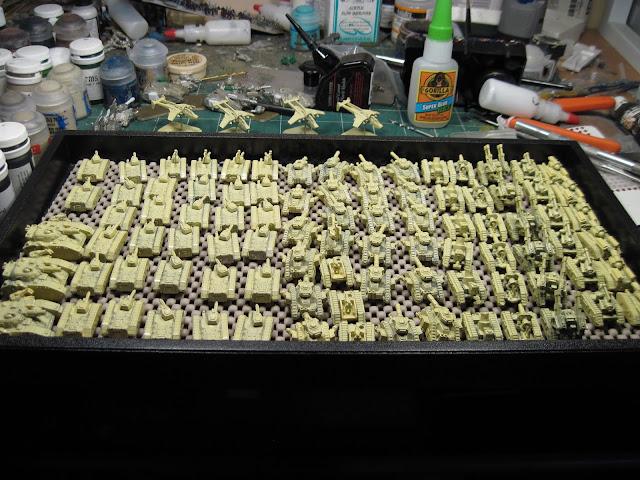 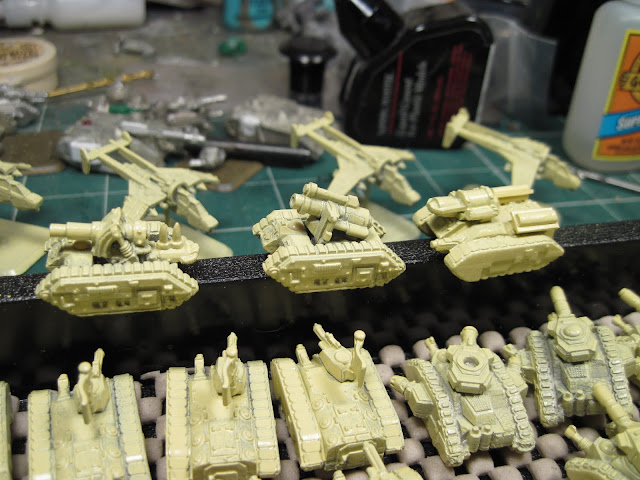