I've been slogging through the decking, nearly done with this batch just two more ships to go. 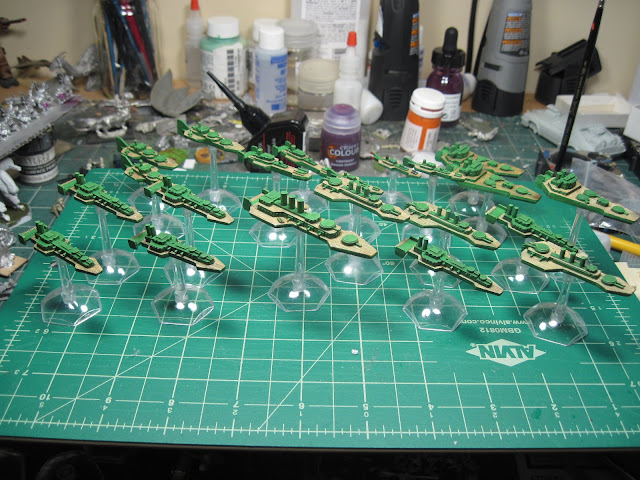 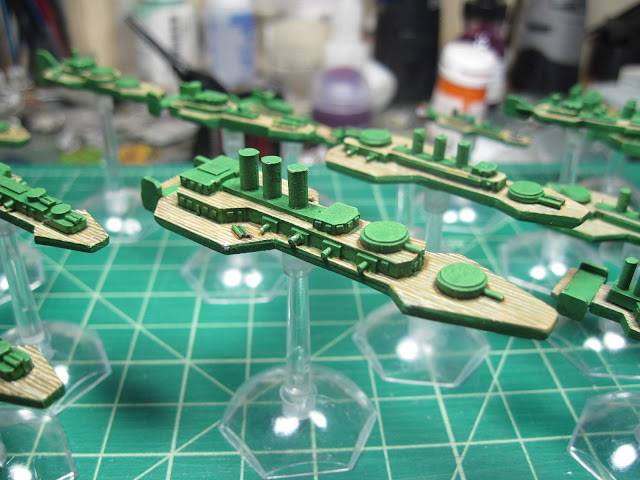 Work continues on the Aeronef. The decks got their base coat and wash, and I managed to paint the highlights on five of them. 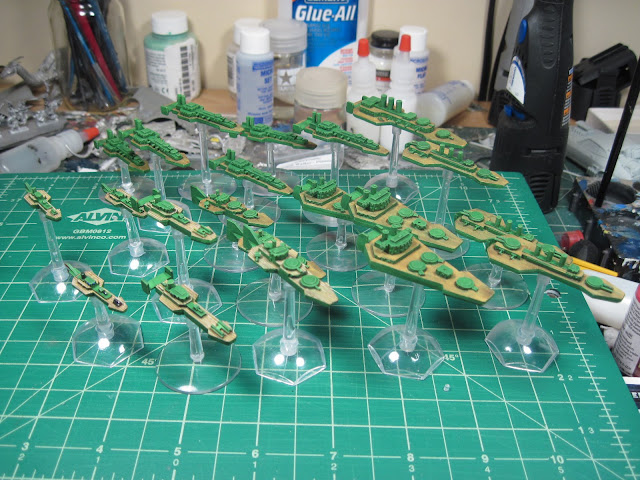 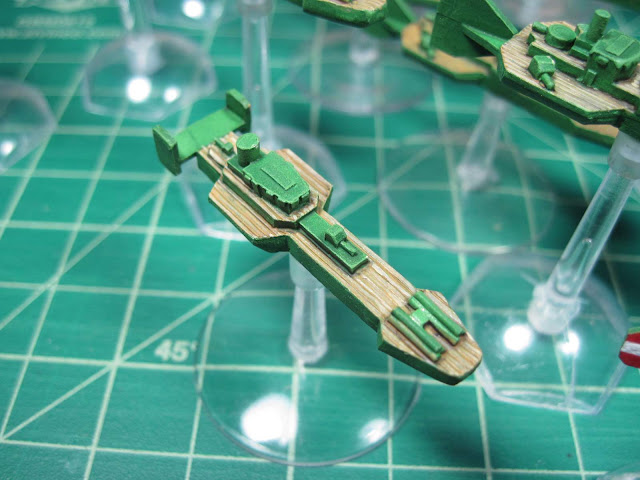 I also took one to completion, it got its funnel, turrets, windows and colors done up. Like I said before, I'm not looking to go overboard with these. Just a serviceable, table-top paint job. 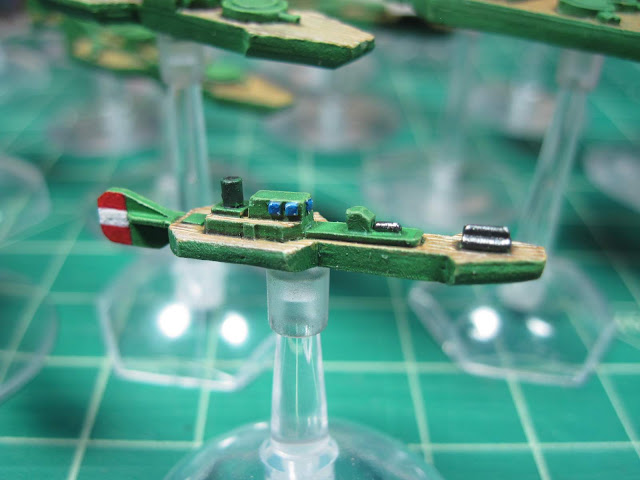 I picked up some Austro-Hungarian Aeronef cheap at the start of the year on eBay. My buddy Matt and I intend on playing some games with them. He has, in fact, procured the age old enemies of the Austro-Hungarians, the Japanese. We're likely going to bash a few rule sets together into something that's quick and fun. 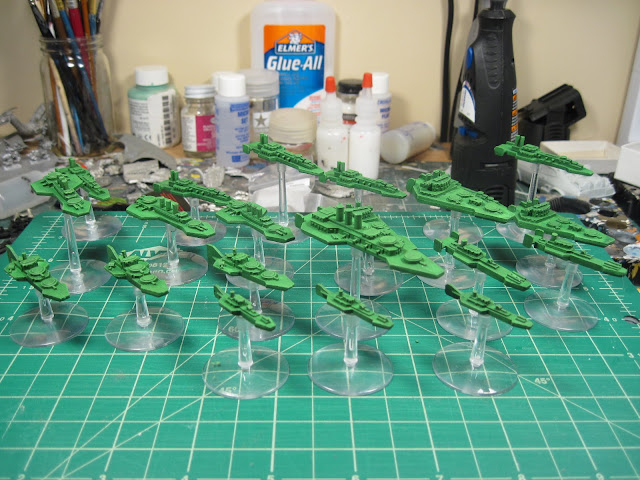 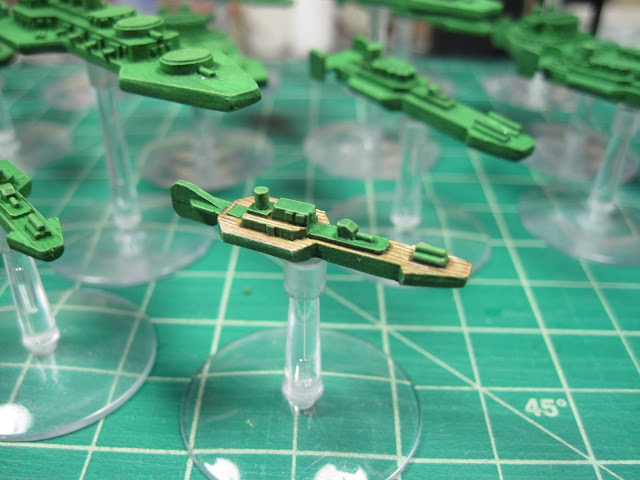 I've got a few more things left to build (battleships, fixed wings and a carrier) but this is the lion's share of them. Just a simple base, wash and drybrush. I've got a few details left to do but I don't think I'm going to go full orange Eldar on these.