As I was finishing up my decal/dullcote/grass que I was also working on these guys. They involved a lot of cutting, pinning, plasticard and swearing at CA glue. All twelve had their arms and legs cut off. I pinned the legs after some creative bending and repositioning, and then puttied some ball and socket joints for the arms so they could be positioned any which way. The Bright Lances mounts were squares of plasticard that got some fancy cutting and filing. 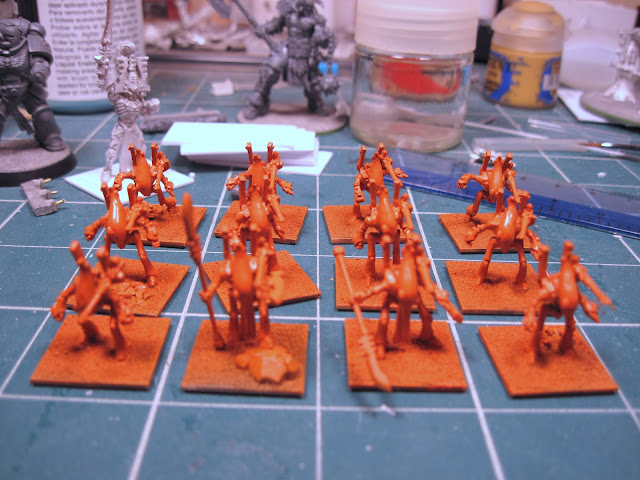 The Wraithseers were even more extensive. I used two 40k Space Marine knives a piece to create their staves and arm blades. As well as some Eldar grenades and strips of plasticard for the rest of the staves and loincloths. 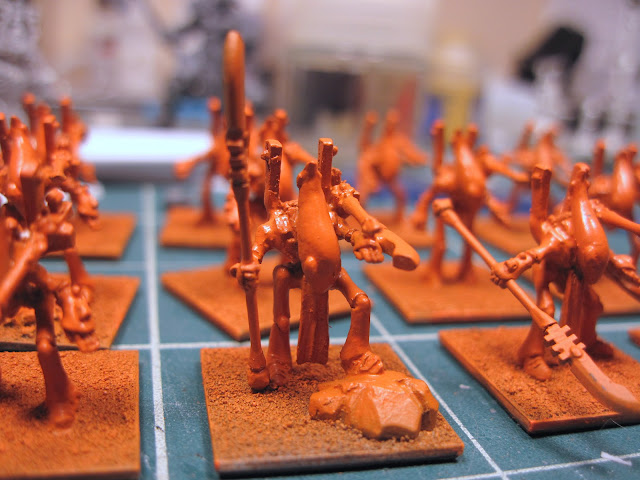 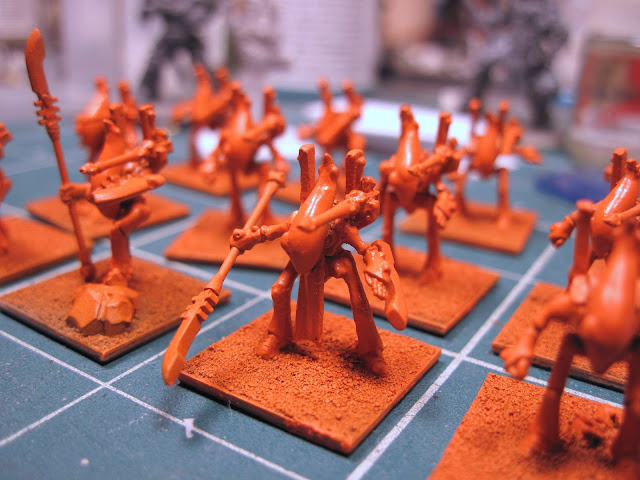 This was one of my favorite conversions. I was trying to make it look like he's about to pound a vehicle or something. 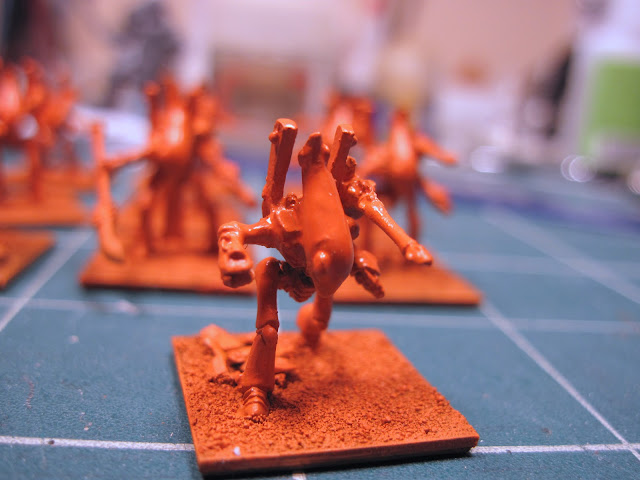 I gussied up the Eldar this week for a local store's painting competition. I got the decals on, black boxed them in, hit these guys with a few coats of dullcote and then added some grass tufts. This is six months of work to date, minus the Void Spinners which still need their guns and the treatment above. Hoping to start and finish the Wraithlords before Fall In still. 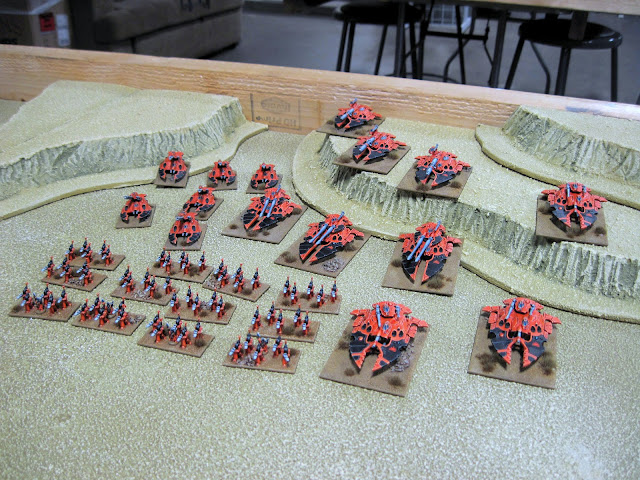 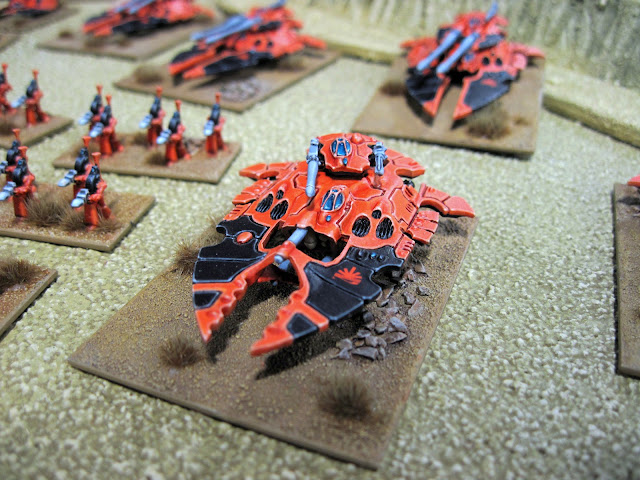 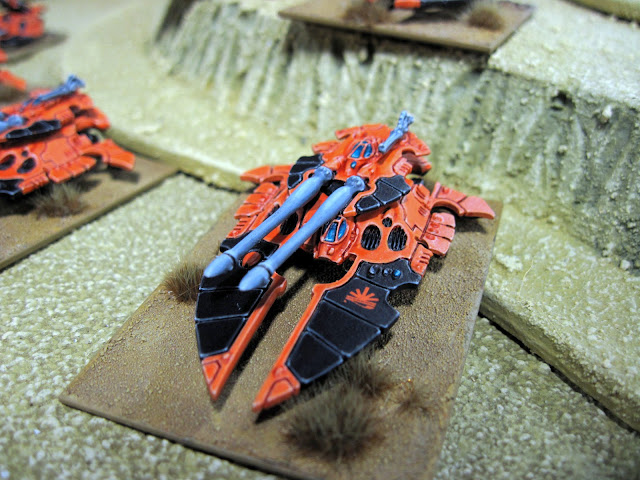 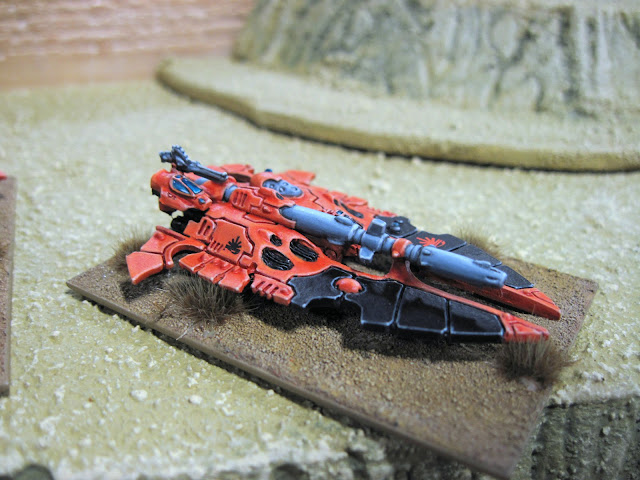 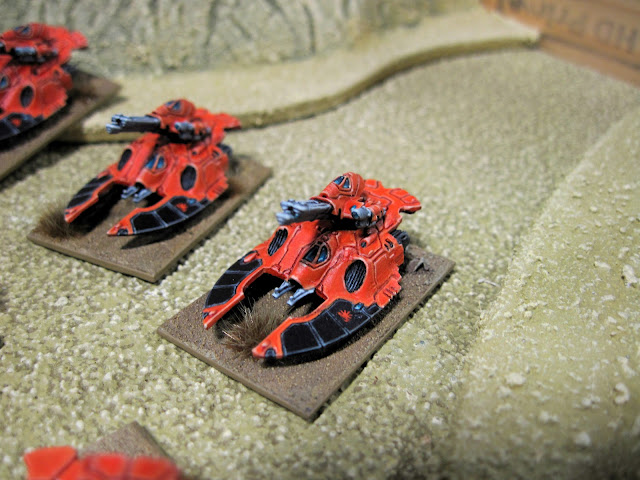 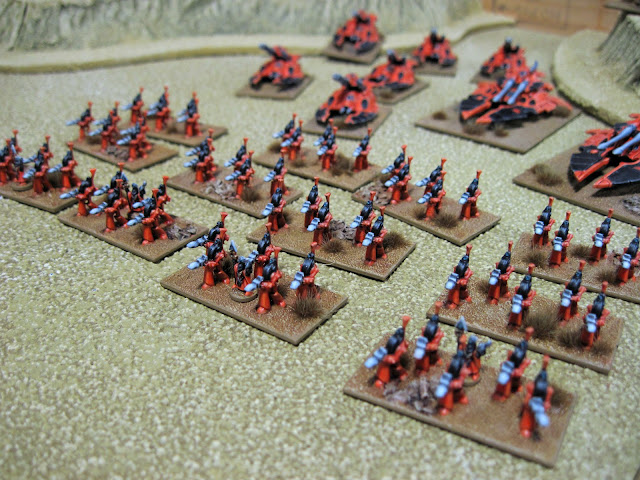