The first white highlight is done on everything, and I finished the second one on the counters. I'm hoping I didn't screw myself here in not doing the dirt first, I'm going to have to be careful when drybrushing it. 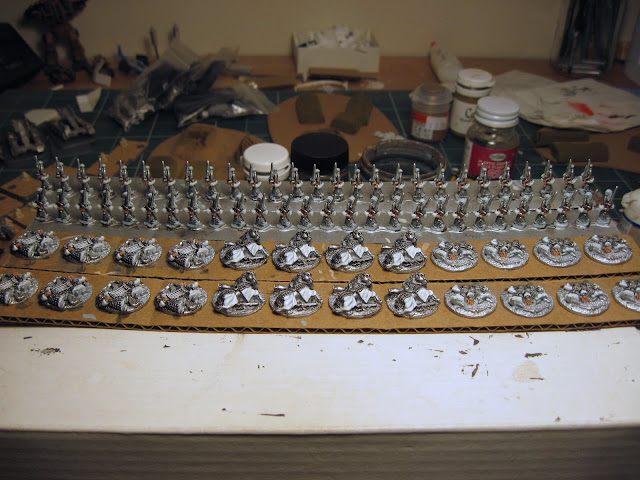 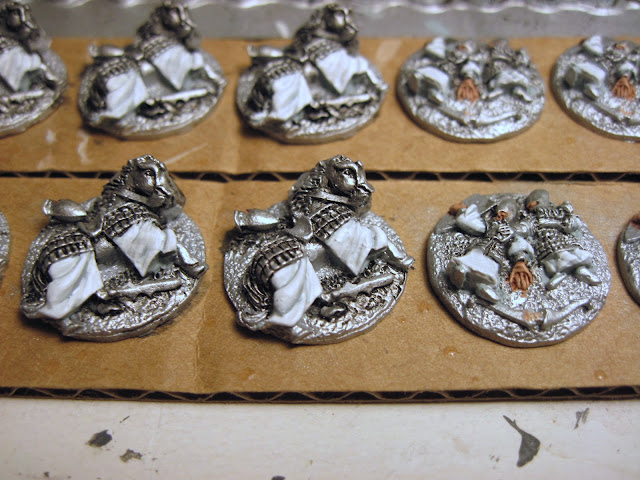 The Sword Masters still need the final white highlight, but they're in home stretch. After that it's just the red, gold and hair. I definitely have to get going on their command, and my next bit of High Elf conversions. 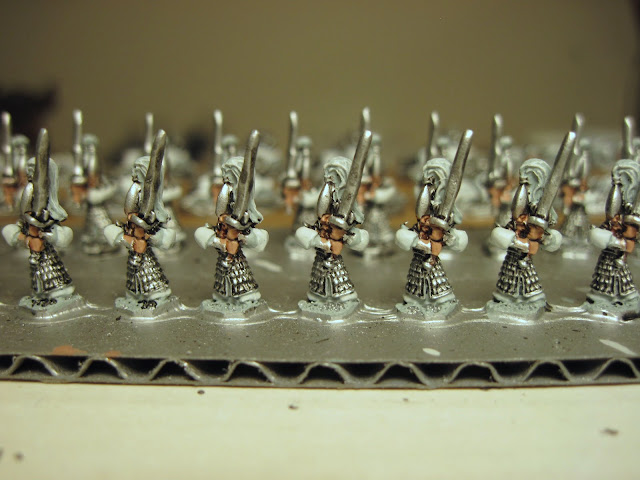 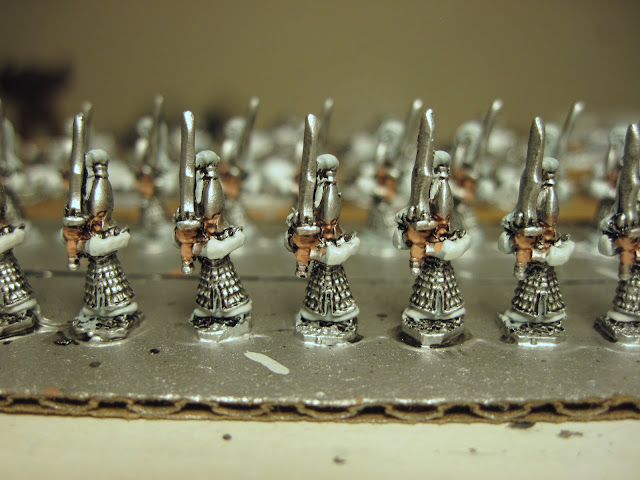 The basecoat for the white's all done, I forgot how long that step usually takes. I also starting in on the first highlight on one strip of casualty counters as well. I'm hoping to finish up my command conversions for these guys in the coming week. 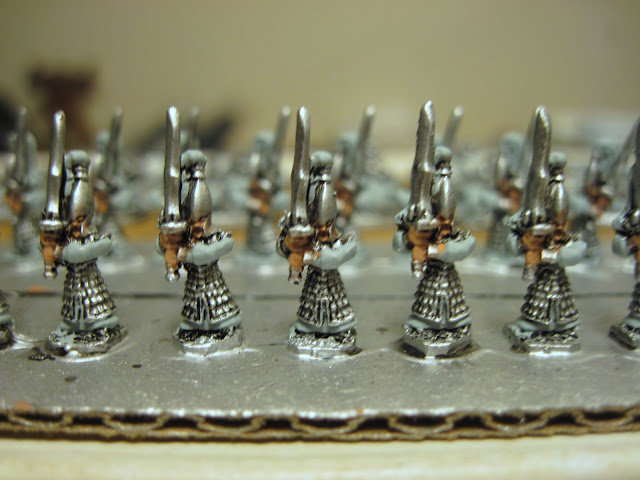 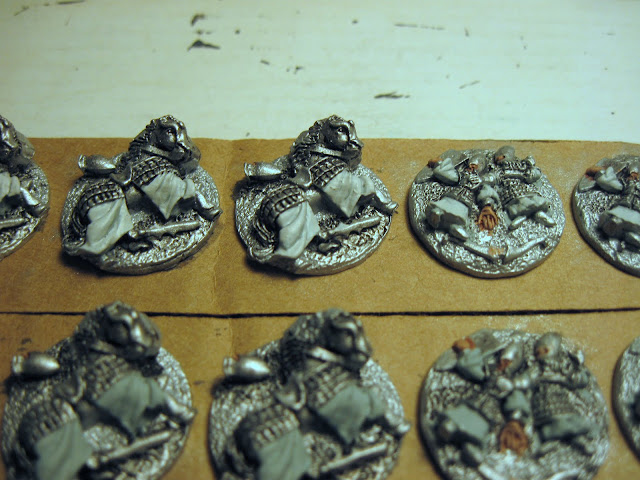 Work continued on the Sword Masters and markers this past week. I finished the flesh on all of them, washing it and hitting it with two highlights. I also hit the first strip with the white basecoat. 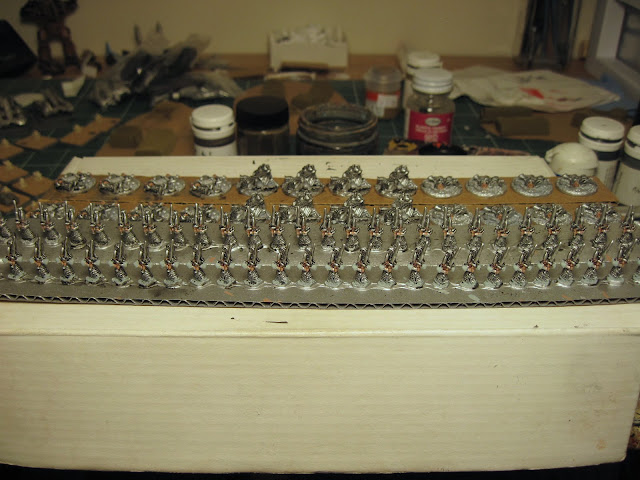 Next week will see the white finished most likely and on to the red. 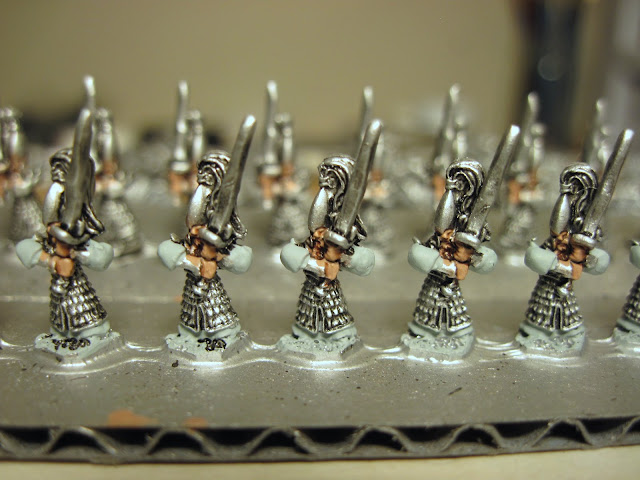 I tried out some Woodland Scenics flock for basing on the Growlers this week. I think it works but is still missing something. I'll give the Silfor tufts a shot at some point and see how they go together. 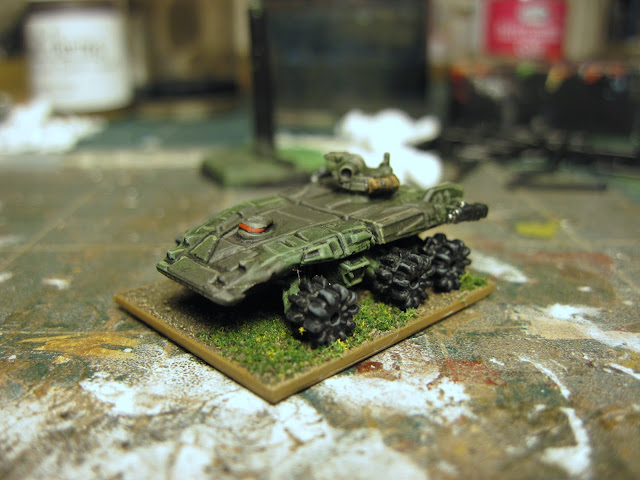 I also finished up the Landhawk Scouts this week too. I would have liked to have had them in the comp but I didn't get the cockpit jeweling done in time. 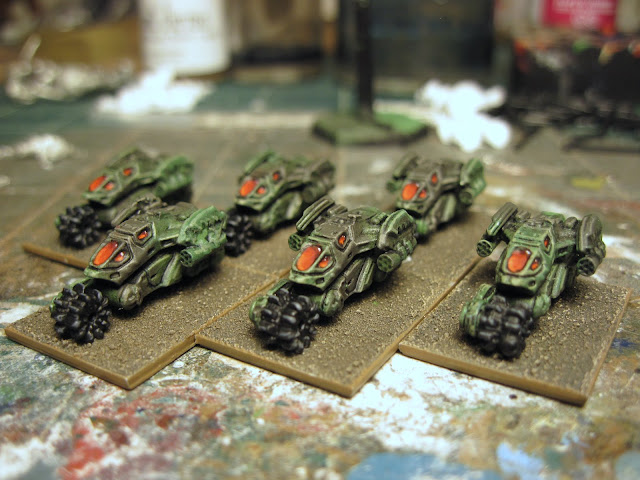 Finally, the Dwarves weren't holding my attention much so I swung back towards my first WM army. These Sword Masters have been a long time in coming. I still need to finish up their command but in the meantime I started in on the rank and file for two units worth. 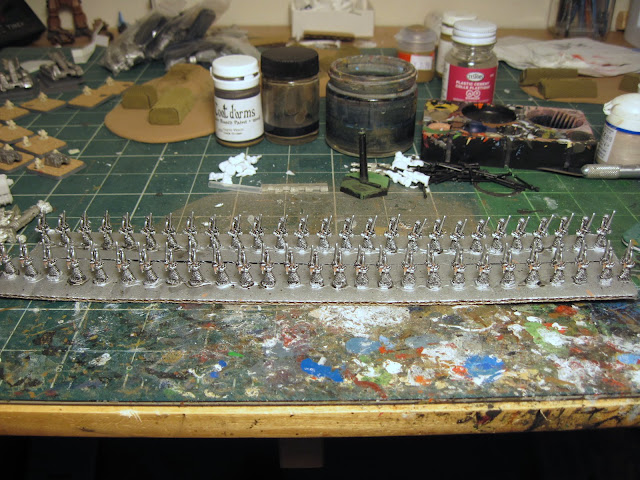 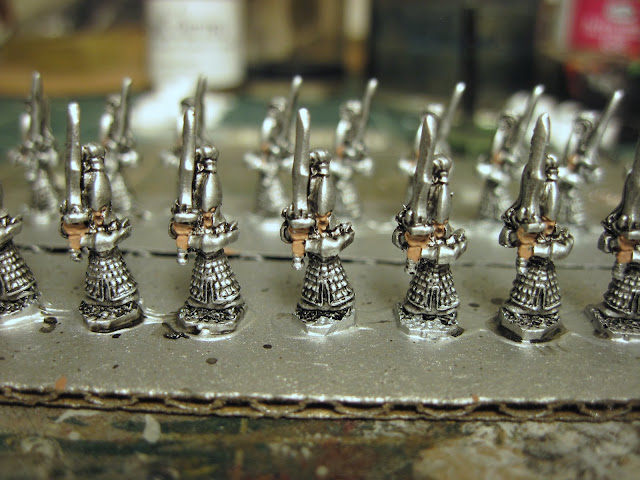 Additionally, I thought it was time to work on something completely superfluous for the army. Namely, casualty counters. What general wouldn't want to represent his own troops brutally hacked apart and left for dead on the battlefield? 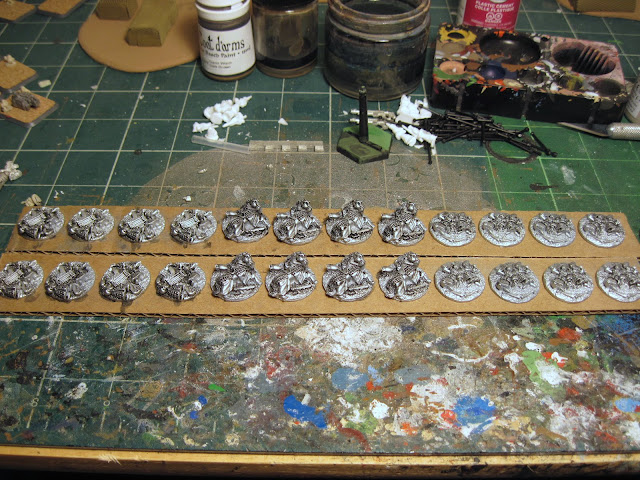 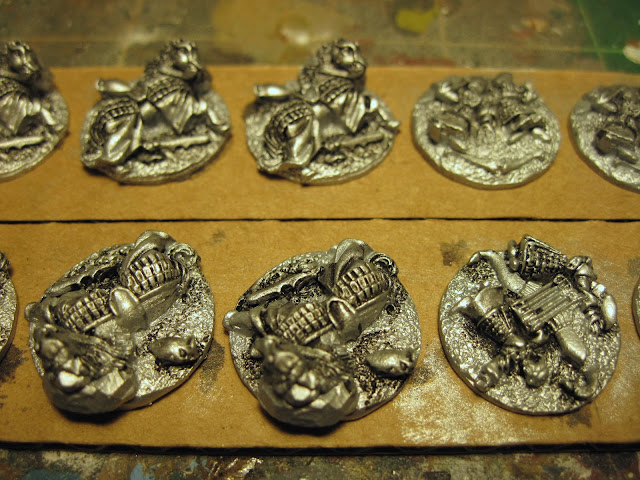