So apparently I have a painting blog, who would of thought? The last couple of months have been quiet on the update-front, but only because assembly isn't all that exciting. Anyway, I've been working on my Knights. Here's some Paladins. 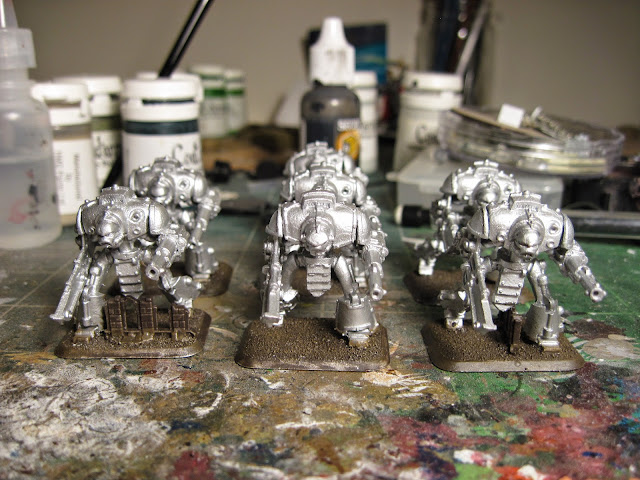 And some more Paladins. I'm trying something new for the bases, both for colors and some additional ruins for terrain. I took four of the old E40k ruins from the base sprues and cut them into four to five parts each and spread them across my 35 Knight bases. 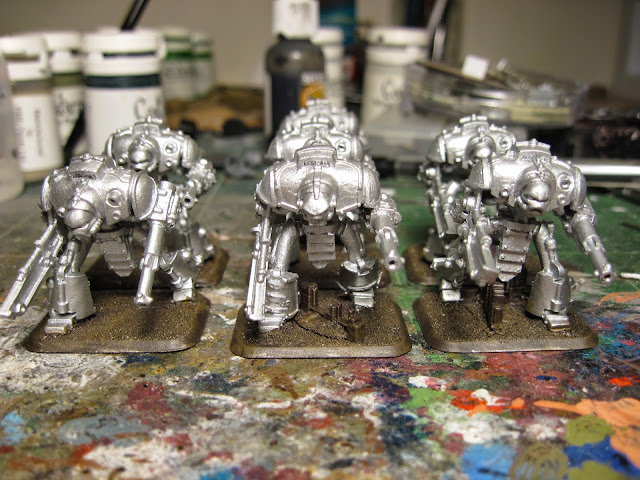 All of the Knights had some leg conversions and some torso twisting to break up the uniformity of the poses. The Errants took a little bit more work than the Paladins because I needed to remove a ring between the hip and leg, as they stuck out too far otherwise. 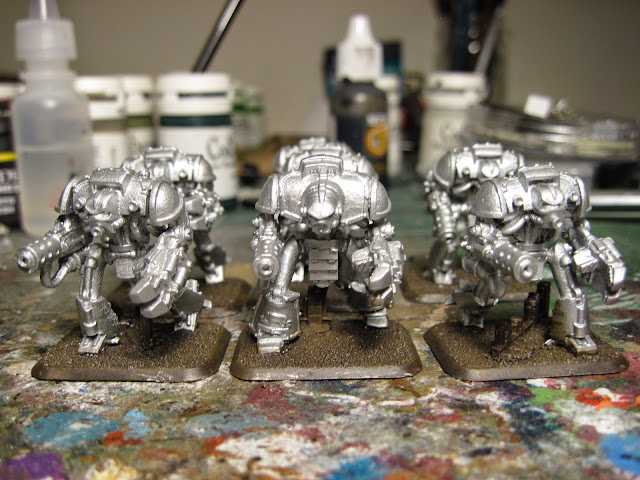 The Lancers took the most work, I converted three to be right leg up. That involved cutting each leg off, cutting each at the knee and swapping the lower parts before gluing them all back together. 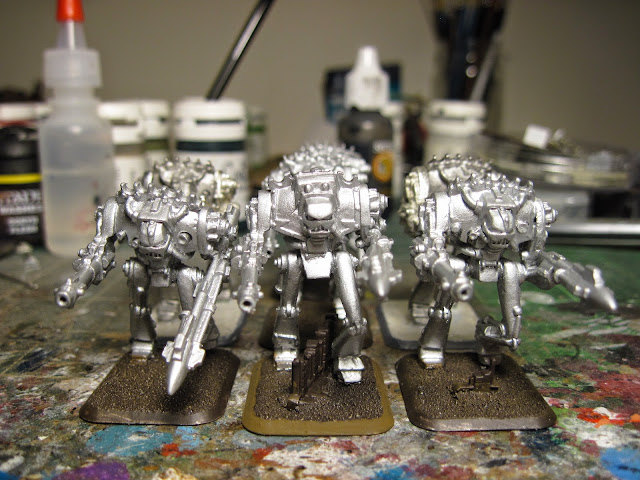 I still need to add the hydraulic/pneumatic parts above the knee, as they got filed off during the process. 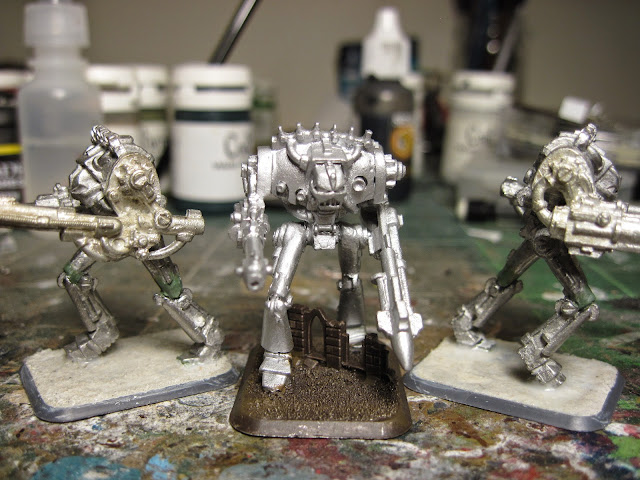 Finally, the Baron, Crusaders and Castellans are all stock. 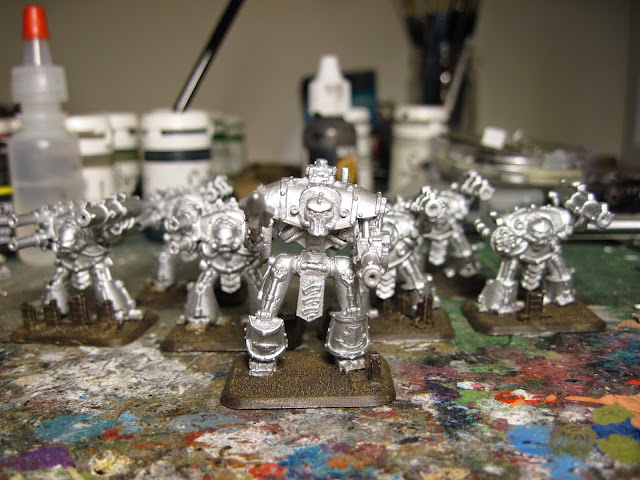 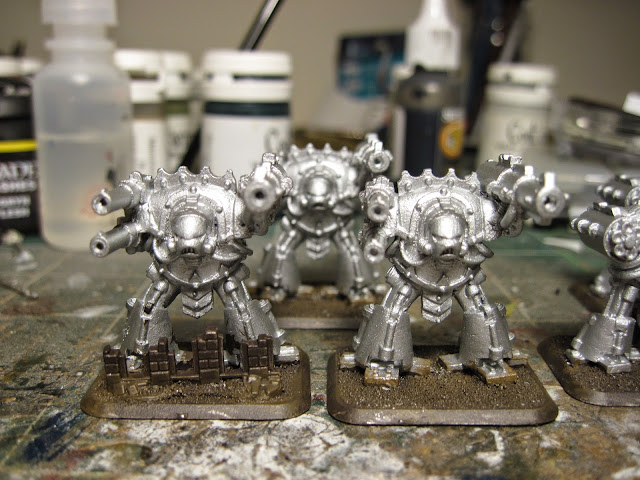 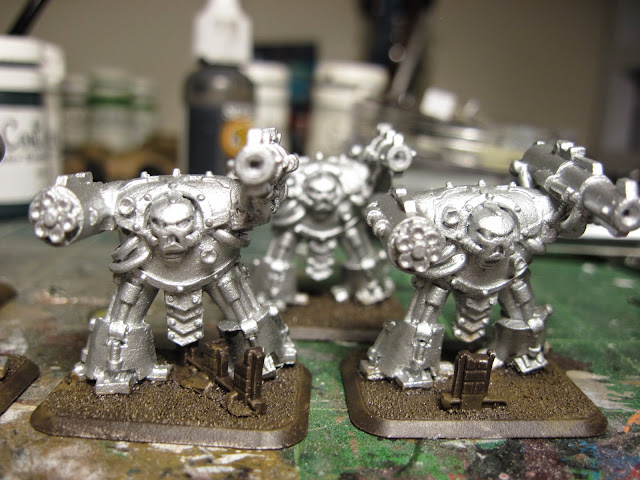 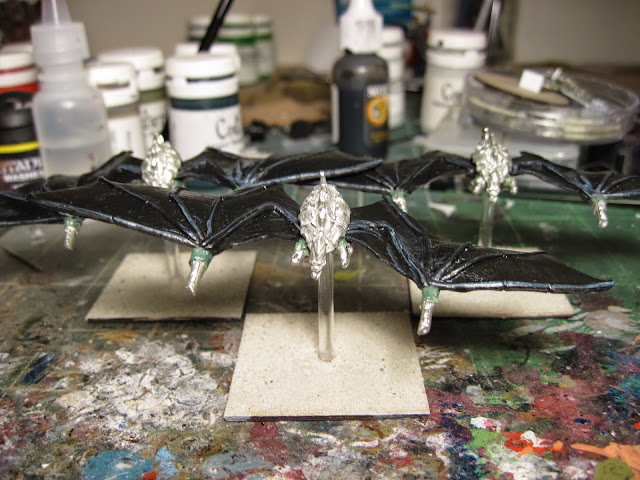 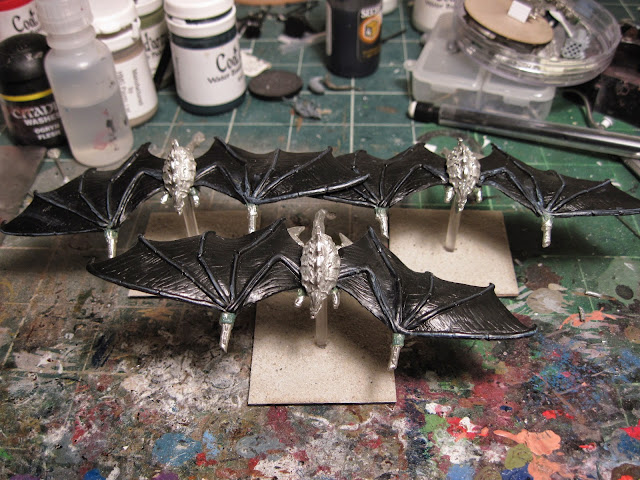 And last but not least, I'm working on some objectives using some spare Bio-Titan talons I had. These are going to be my capillary tower T&Hs. 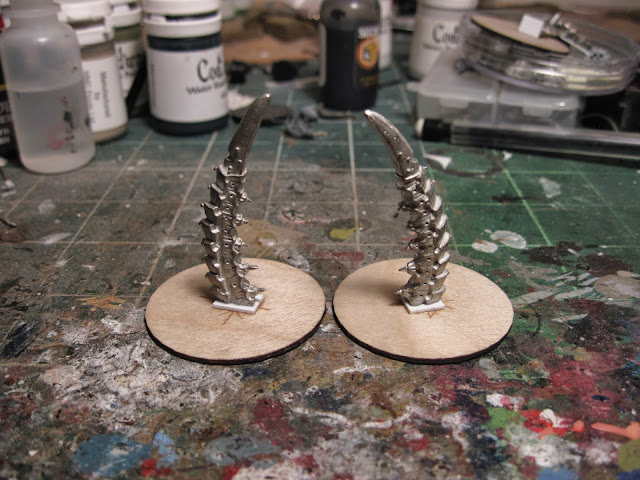 I'm still thinking on the Blitz, it'll either involve these or be something akin to a Sarlacc. 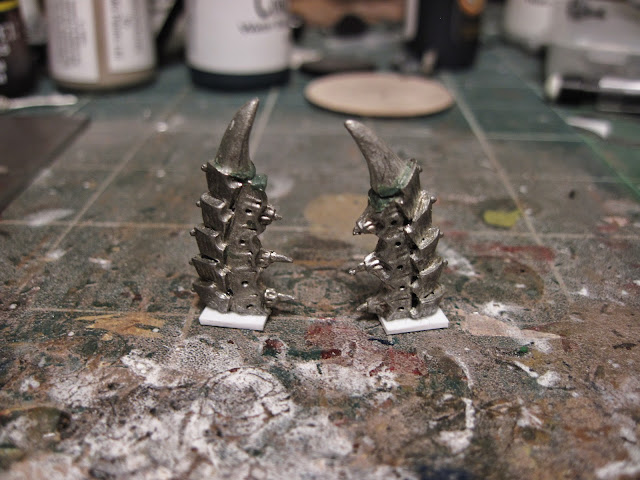