I managed to finish up the painting on the archers this week and get them on the bases (which are magnetized :)). Soaking the cardboard strips in a little bit of water loosened up the white glue enough so they just pealed off. 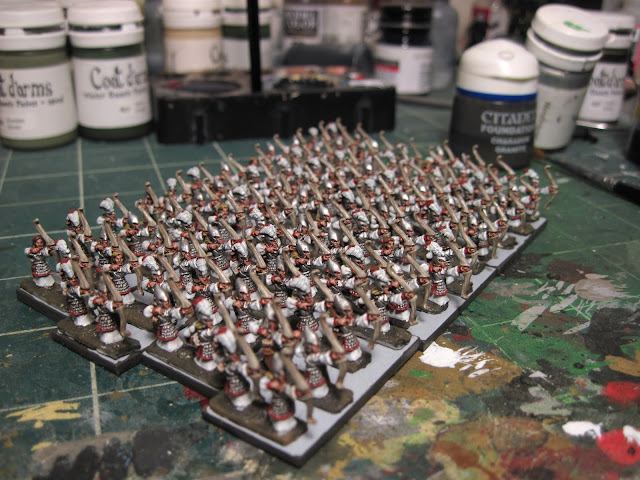 I would have started the basing on them last night but the sand I have is a little too fine for 10mm I think. I'm going to see what else I might have laying around before I commit to anything. 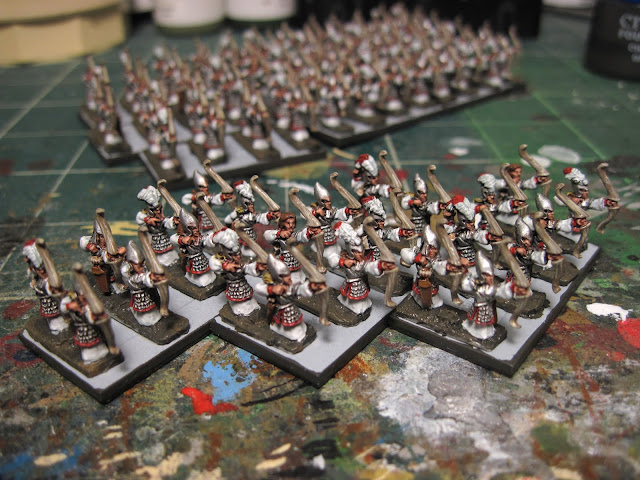 Next up are half of my spearmen (spearELVES to be racially considerate...). There's more of them per base but they're armored much heavier than the archers so I'm hoping they'll go quicker with less paint having to be put on them thanks to them being silver already. 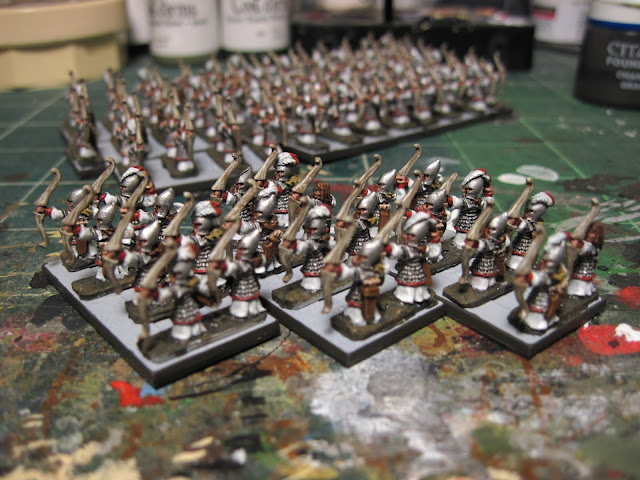