I started building my next batch of thirty-ish tanks. I plan to finish the last two super-heavies, along with another artillery, Leman Russ and support option again. First up are the Vanquishers, these got elongated barrels. I still have to go back and drill out for the hatch/Commissar plugs. 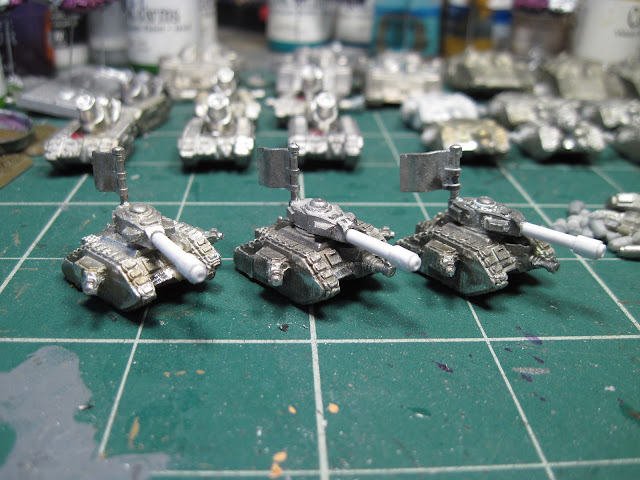 For artillery this time around I went with Bombards. I used chimera chasis hulls instead of the Russ chasis they came with (that's now called a Collussus I think) with the bombard mortar sans shell crane. 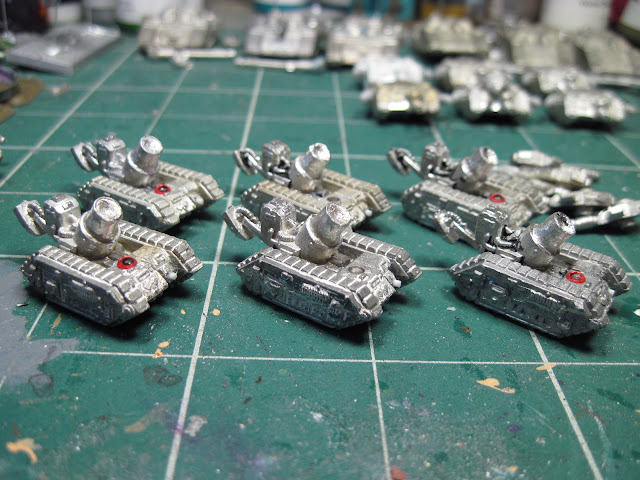 The Demolishers got their heavy plasma cannon sponsons, but I'm still thinking on the turrets. A shortened barrel looks a little too "phoned-in". I got to see what else I can come up with here. 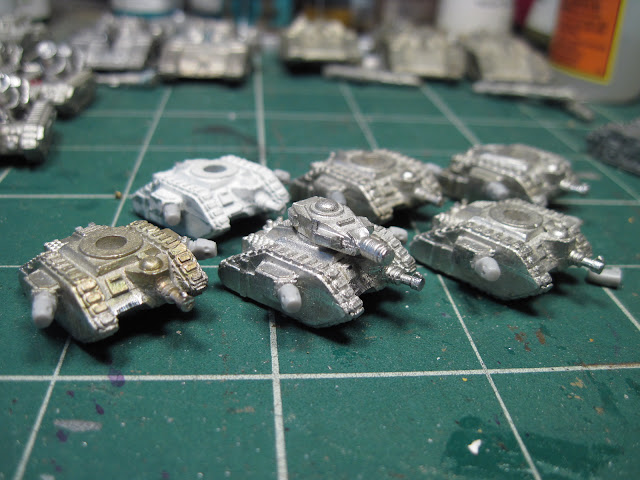 Finally, I flocked the Exterminators to see what that's going to look like. This was pretty much what I did for my Knights so I'll likely continue it with this army as they're both Space Marine/Titan Legion era. 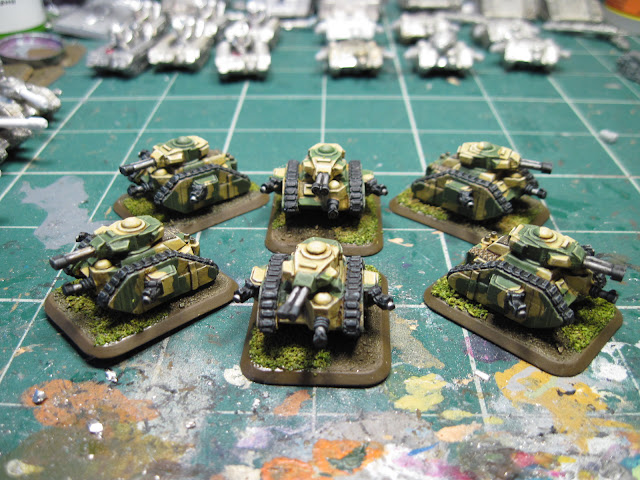