Building these have been a background project of mine for the last couple of months. I had hoped to finish my Wrath of Kings army before starting a new project but I wasn't feeling it so here we are: Epic Craftworld Lugganath Eldar. I started out using my airbrush on these to get the feel for it. The undersides are Abaddon Black and the top Jokaero Orange. I wanted to use Troll Slayer Orange but that wasn't covering well enough so I put Jokaero down first. After Troll Slayer's down I'm going to hit it with a gloss coat and then try shading with Fuegan Orange. We'll see how that goes. 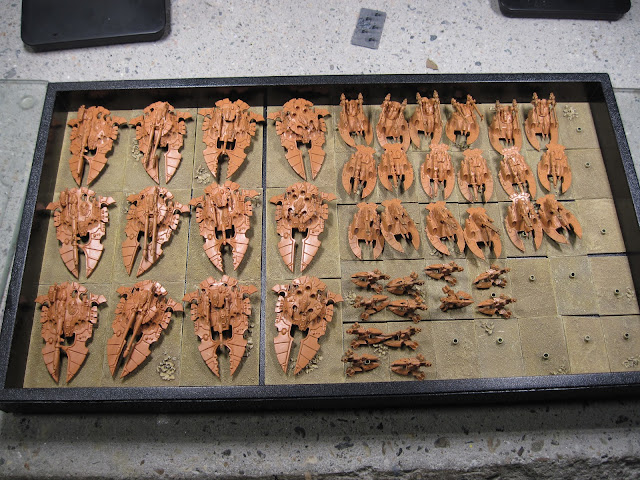 The bases were Zandri Dust, and dry brushes of Zamesi Desert, Tyrant Skull and Wrack White. I'm still trying to figure out how I'm going to differentiate the bigger rock piles. 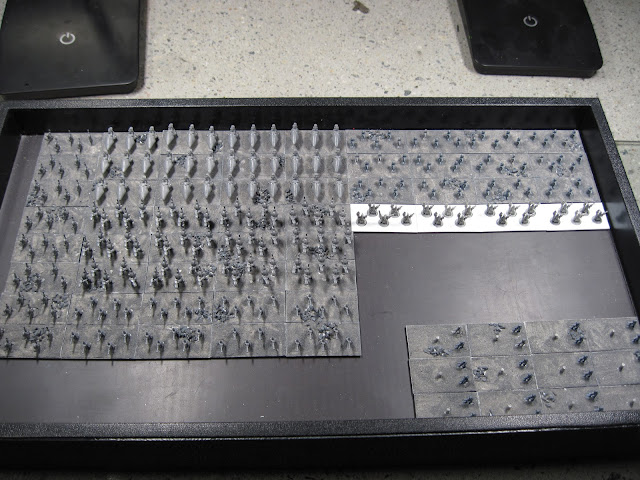 In terms of what's left to build: Shining Spears, another 18 tanks, Wraithlords, Vampires, titans and a slew of Wave Serpents. 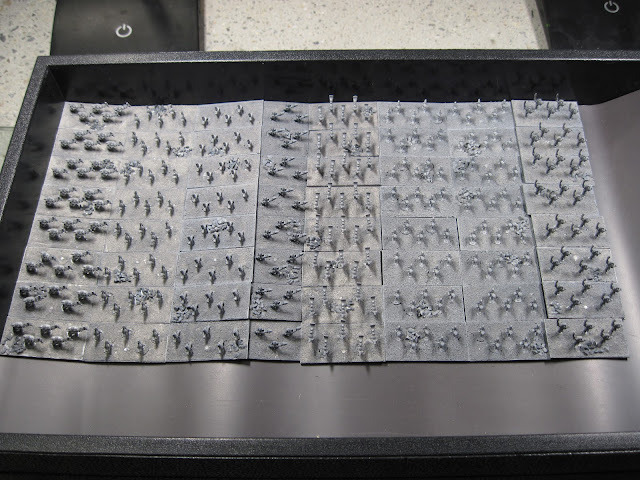 I put small magnets in 2 bases of each Aspects, as well as some Guardian and Wrathguard stands. The plan there is to do the same for Exarchs and Farseer characters. 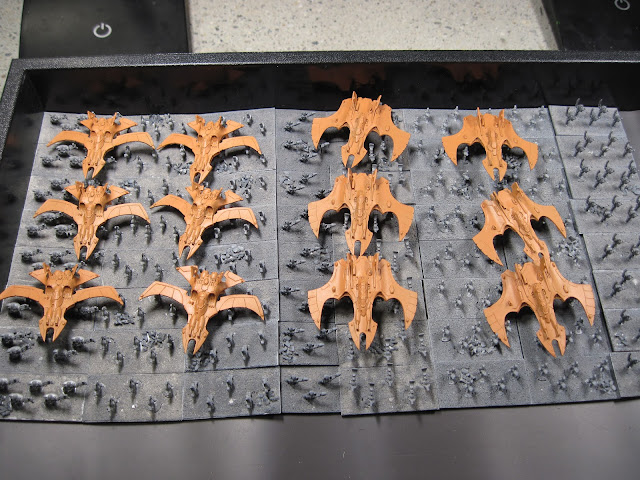