So here's what I've been working on in secret this past month, a birthday present for my buddy Matt. Matt has an Emperor's Children army loaded with various double innuendos, sexual entendres and sketchy vans. One of the things lacking however are the various cult troops. Now he has Noisemarines but never bothered painting the others as they don't really fit the fluff. I set out to rectify the situation by creating some Slaanesh influenced cult troopers.

Essentially these Marines are part of the Cult Marine Exchange Program. After a brief stay with the Emperor's Children however none of the parent legions wanted any of their troops back for various reasons eluded to below. 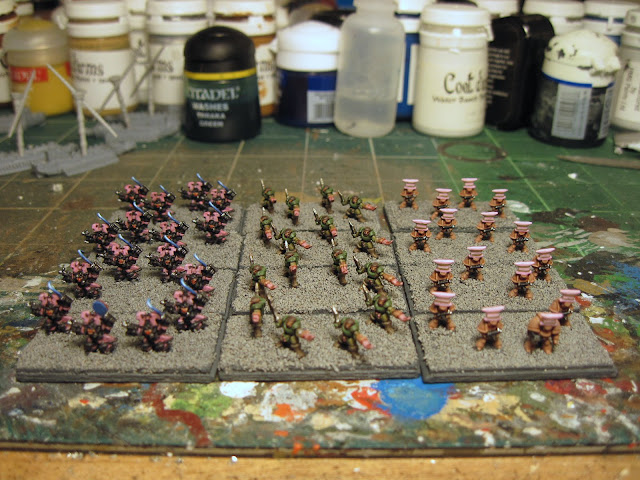 The Khorne Berzerkers that found their way into the EC were denied re-entrance into the World Eaters Legion because their fellow legionaries found their ball gags and dominance issues more than a little disturbing, that and they didn't even know where to start with the assless chaps... This suited the newly renamed S&M Berzerkers of Slaanesh just fine as the concept of the "safe-word" that the World Eaters were trying to introduce to them was frankly too confusing. 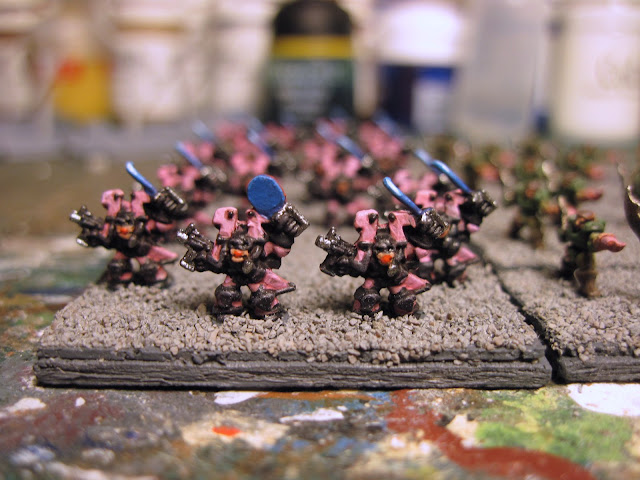 The Plaguemarines of Nurgle were denied re-admittance to the Deathguard for fear that the various strains of herpes and the clap that they brought with them would decimate legion morale and require too many raids on cranberry agri-worlds. The STD Plaguemarines of Slaanesh returned to the EC where resistance to such infections is higher. 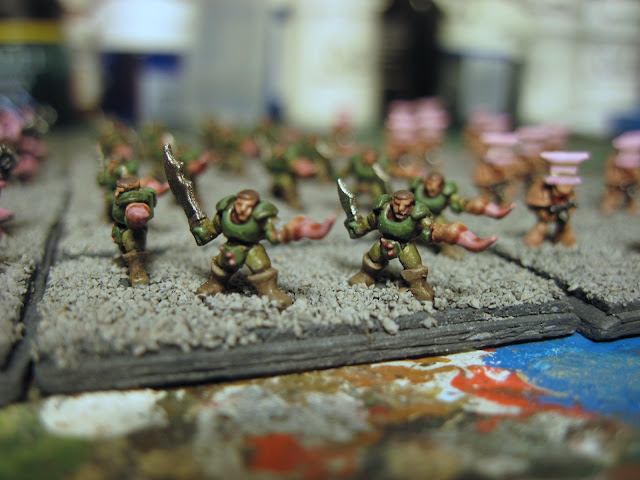 The sorcerers of the Thousand Sons that came by to pick up the exchange Rubric Marines simply left in disgust. Apparently there was a mix up in the shipping department when the Rubric Marines arrived and their container was mistaken for one filled with sex dolls for the legionaries. Apparently the new paint jobs and modifications the EC fitted the suits with was beyond the sorcerers' tenets of good taste... 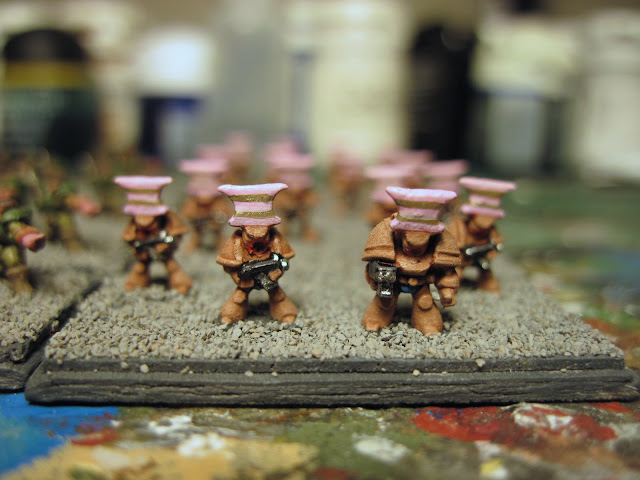 In an attempt to rectify the situation the EC fashioned some nice Tzeentch blue speedos for the suits and tried to return them to the Thousand Sons. The offer was politely denied by the Sons however as the amount of cleaning the suits would have to endure wasn't cost effective for the legion. The EC ended up keeping the suits and dubbed them the Thousand Sex Dolls. 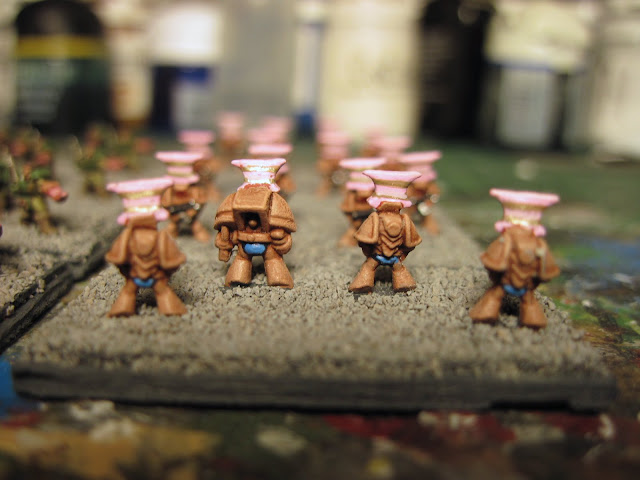