I've been waffling between a bunch of projects lately so progress is sporadic. I have started bulding my Dwarves though, they've been easy to bring along and prep the last month or so. These are my Rangers, I managed to separate all the models from one-another so I can stagger them on the bases and make them look a little more skirmishy. 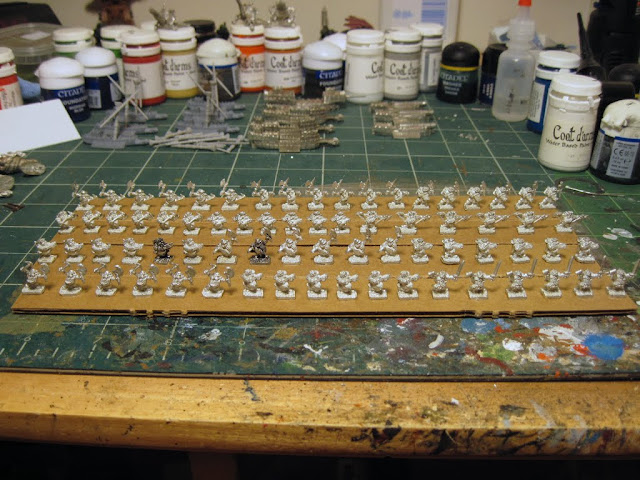 The Thunderers are all set too, and since I had some room on the strips I added two heroes and my general to them. 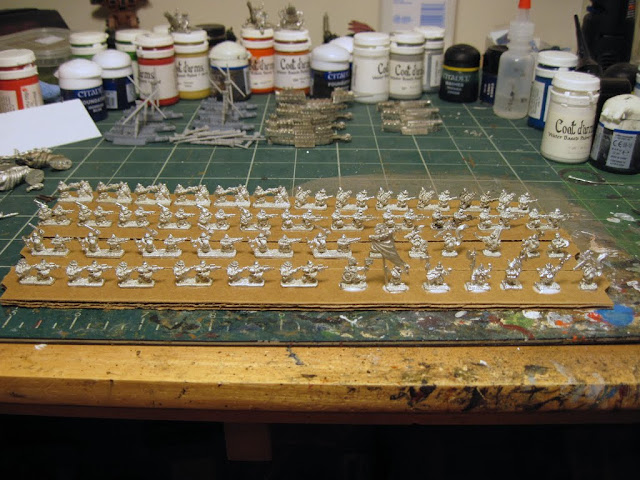 The general's just a regular hero with a weapon swap, guarded by the halberdiers from the Throne of Power pack. 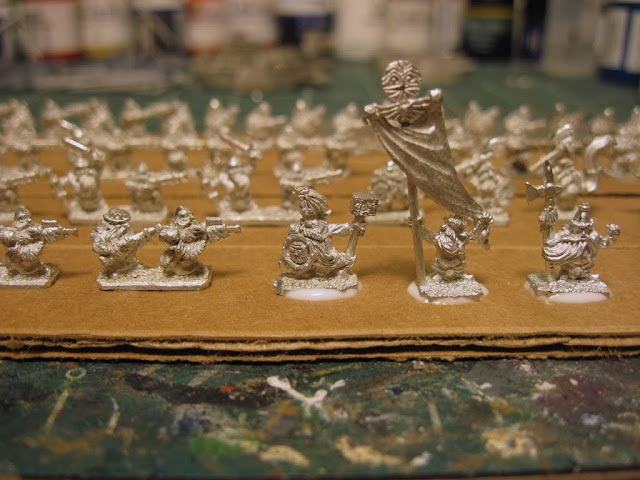 The heroes are a "Warrior hero" and a "Thunderer hero". I've also got parts to do a "Dragonslayer hero". 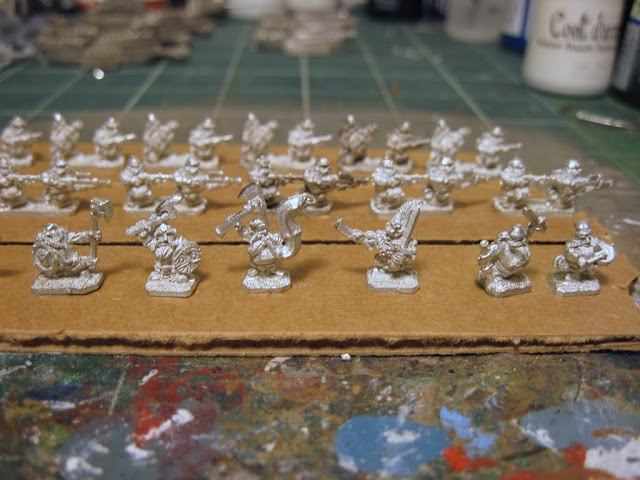 I'm also been working on an Empire fleet for Man O' War. I've built most of the ships at this point, all that's left are some Iron Fists (which I plan to convert as the lack of oars on the model bugs me) and the masts. 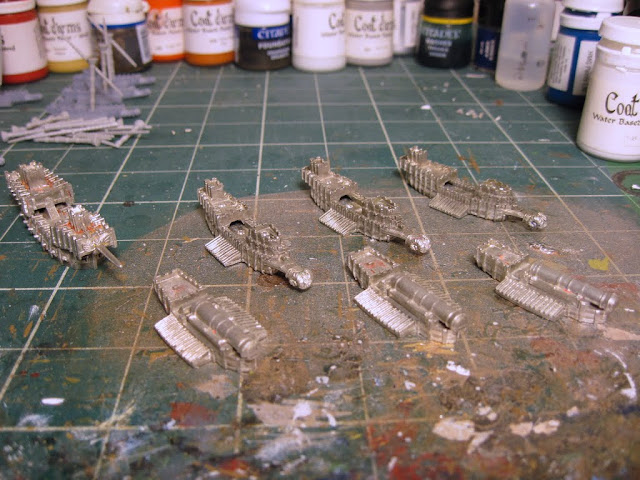 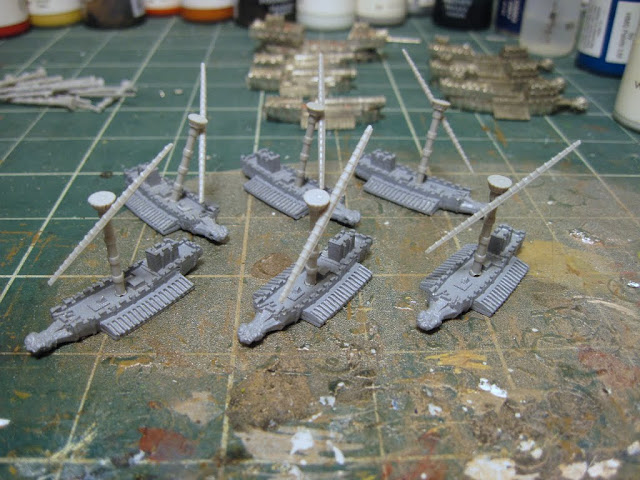 I also made bases for them using wood putty, plastic card and washers (to help them slide easier on the table top). In true Dave form I painted one up, liked it, and tried to do the other but couldn't get them to the same point. So I'm starting again on them all and doing them all at the same time. 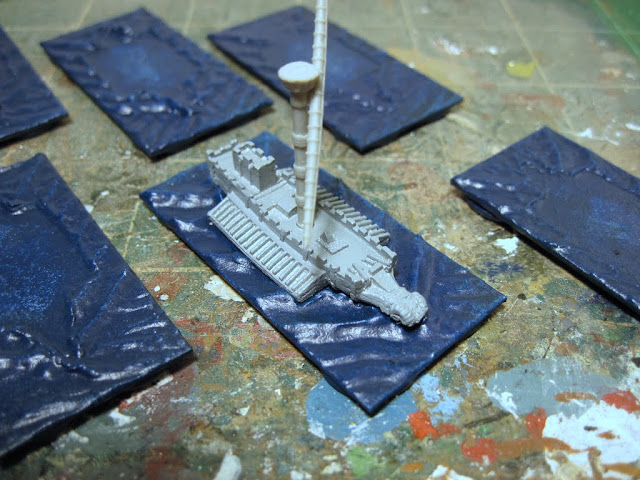