Work continues on the Dwarves. I finished cleaning up the half-naked Troll Slayers this week. These will be a hoot to paint, maybe I can try for some tattoos on them. 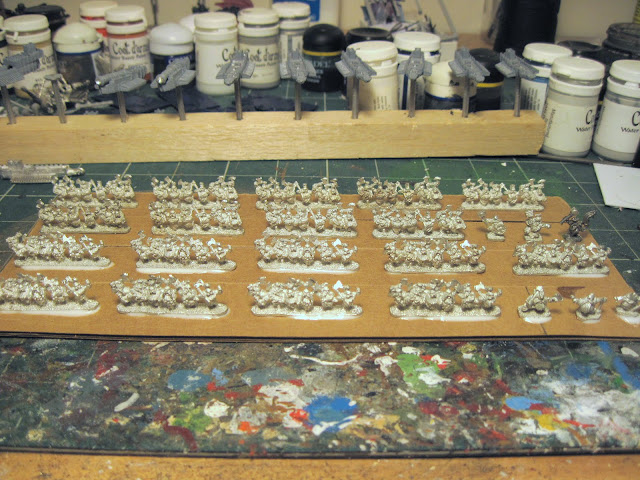 Also, this is my "Dragon Slayer" hero. The idea is that he'll be being "held back" by his two minders until he's allowed to jump in the fray (the other dwarves get upset when he kills everything before they can get a chance). 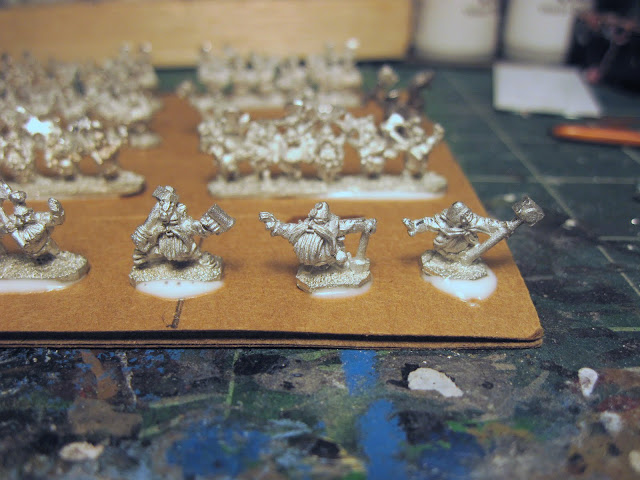 And this in my Rune Priest, sans anvil. Just some weapon swaps here. 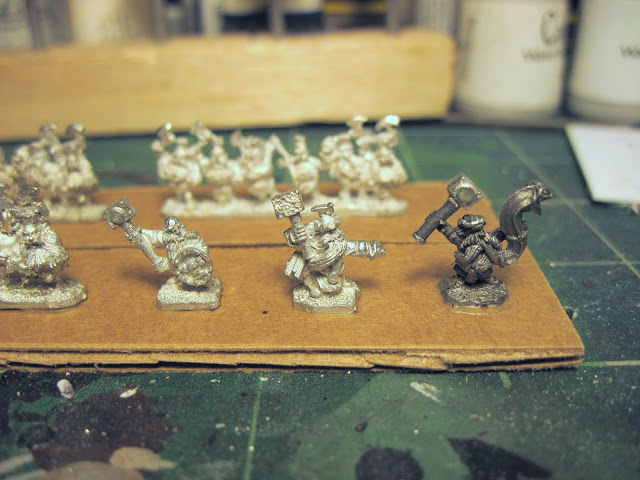 I also managed to finish building my artillery. I learned from the High Elf bolt throwers that it'll be easier to paint the crew on the base, base it and then add the cannon on later. 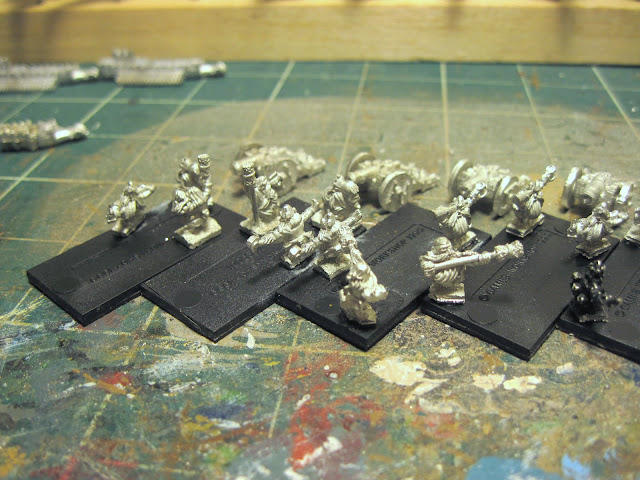 Same goes for the Flame Cannons. These came with an extra bit that looked like one of Wile E. Coyote's Acme dynamite detonators. I have no idea where it was supposed to go (even after looking at pics of the 28mm Flame Cannon) so I left it off. 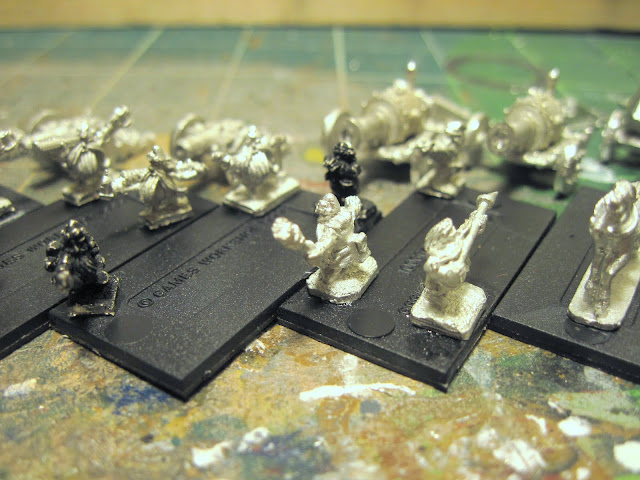 Finally, the Gyrocopters are all set as well. I used clear acrylic rods to base them. 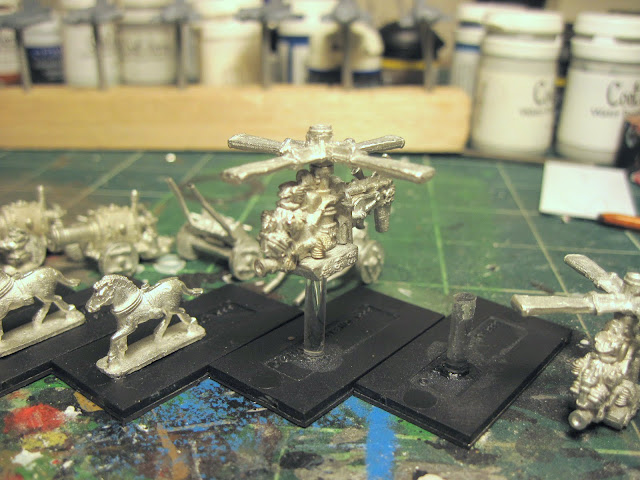 Also, a bit of progress on the MoW stuff. I tried out my Iron Fist conversion using a War Galley. It still needs some putty work but I think it looks a lot better than the stock one. I also got a type cog out of the deal too! 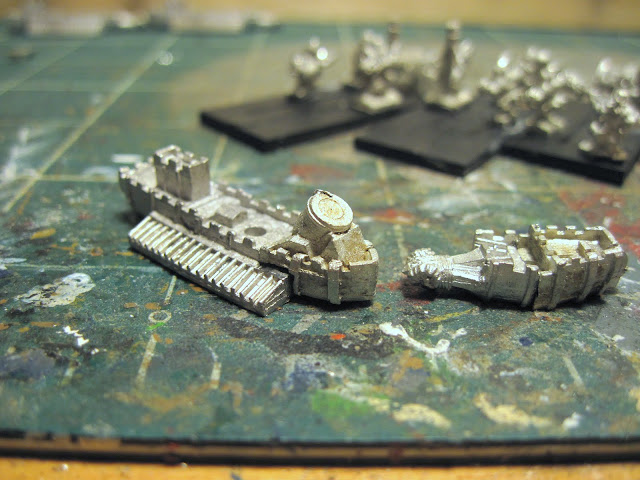